In a picturesque city on the shores of Michigan, a series of mysterious murders has an unlikely but common thread - Bryan Spikes, a hired insurance fraud investigator who gets more than a paycheck when he is inexplicably killed and then framed for the crimes.

One year later, Alex Forrester (Mark Bierlein, Street Boss) arrives in the city claiming to be a writer researching the case. But as he begins uncovering the shocking truth behind the murders, his informants turn up dead, and he soon learns he may be next. It seems there is no-one he can trust; including Bryan's ex-girlfriend Heather (Mena Suvari, American Beauty) and a new overly-friendly ex-sharpshooter neighbor (Tom Arnold, True Lies). The deeper he digs, the more his life, and Heather's, is in danger.

What is the secret in this city that everyone is hiding? What is Alex's link to Bryan? He must now set the record straight, not only for restitution, but for revenge. 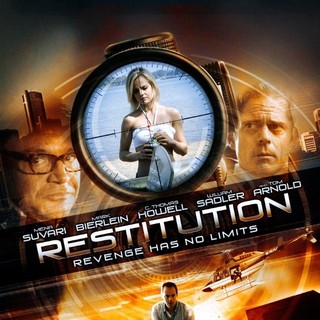