Good-hearted dreamer Larry Daley (Ben Stiller), despite being perpetually down on his luck, thinks he's destined for something big. But even he could never have imagined how "big," when he accepts what appears to be a menial job as a graveyard-shift night watchman at a museum of natural history. But during Larry's watch, something extraordinary happens: the museum's exhibits magically come to life. A fearsome T-Rex insists on a game of fetch (with one of his own skeleton bones); Mayans, Roman Gladiators, and cowboys emerge from their diorama to wage epic battles; and a wax figure of Teddy Roosevelt gives Larry important advice while harboring a crush for an Indian princess. As things spiral wildly out of control, Larry must find a way to control the magic to stop a nefarious plot and save the museum.

Night at the Museum News and Articles 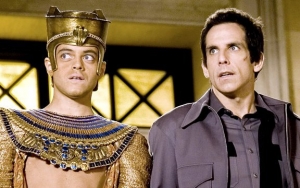