"The Game Plan" tells the story of rugged superstar quarterback Joe Kingman (Dwayne "The Rock" Johnson), whose Boston-based team is chasing a championship. A 'serial bachelor', Kingman is living the ultimate fantasy: he's rich, famous and the life of the party. But this dream is suddenly sacked for a loss when he discovers the 7-year-old daughter (newcomer Madison Pettis) he never knew he had – the product of a last fling before parting years ago with his young wife. Now, during the most important time in his career, he must figure out how to juggle his parties, practices and dates with the newfound ballet classes, bedtime stories and dolls that come with his daughter. Equally perplexed is his hard-edged mega-agent, Stella (Kyra Sedgwick), herself without a parental bone in her body. Despite the often hilarious misadventures that come with being a new father, Joe discovers that's there's more to life than money, endorsements and thousands of adoring fans: the love and care of one very special small fan is the only thing that matters. 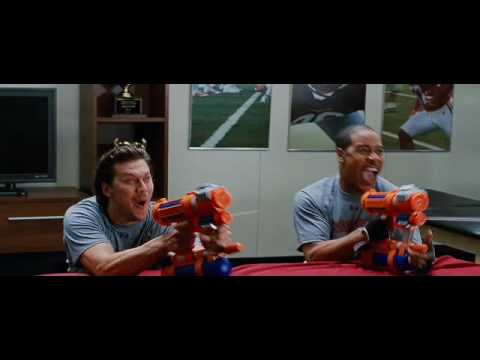