Languishing in a hospital, Roy Walker (Lee Pace) is a broken man in more ways than one: Unable to walk after a fall from a horse in a movie stunt gone wrong, his heart is also broken after his girlfriend ran off with the movie's leading man. Ready to end his life, Roy befriends five-year-old fellow patient Alexandria (Catinca Untaru), with the goal of persuading her to stealing a fatal dose of morphine pills for him.

Roy launches into a story that fuses patients, staff and others at the hospital with imagined personas and exotic lands. What he describes as "an epic tale of love and revenge" is so riveting to Alexandria that she will do whatever Roy asks in order to hear the next installment. The tale loosely mirrors the ill-fated love triangle that has left him heartsick and features Alexandria's favorite nurse Evelyn (Justine Waddell), as the beautiful Princess Evelyn; Sinclair (Daniel Caltagirone), the movie star who stole Roy's girlfriend, as the detested Governor Odious; and Roy himself as the avenging Black Bandit who leads the attack on the governor with the help of a colorful posse that includes Alexandria as the Black Bandit's daughter.

But as the story takes a darker turn, Alexandria begins to realize there is far more at stake than the fate of a handful of imaginary characters. It's up to Roy whether the Black Bandit--and Roy himself--will survive the climactic final scene. 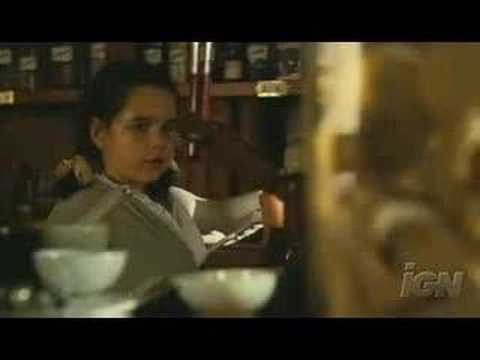