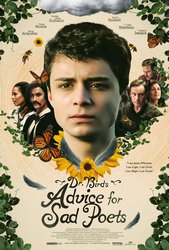 Based on Evan Roskos's novel, "Dr. Bird's Advice for Sad Poets" follows sixteen-year-old James Whitman (played by Lucas Jade Zumann), who struggles to overcome anxiety and depression by seeking advice from Dr. Bird (voiced by Tom Wilkinson). In his magical realism inspired world, James goes on a whimsical, but emotionally charged search to solve the mystery of the disappearance of his sister, after an altercation with their parents (Lisa Edelstein and Jason Isaacs).

While James struggles to connect with hs parents, he deals with the intense social anxiety of high school life while navigating first love with Sophie (Taylor Russell) -- a precocious girl from school who has her own agenda and a boyfriend Martin that hasn't quite learned to let go of her (Chase Stokes). Our two lovestruck teens set out on a quest to find Jorie, finding themselves in what appears to be a cult of sorts (led by David Arquette as Xavier), and into the under belly of NYC nightlife that makes James question every relationship in his life. 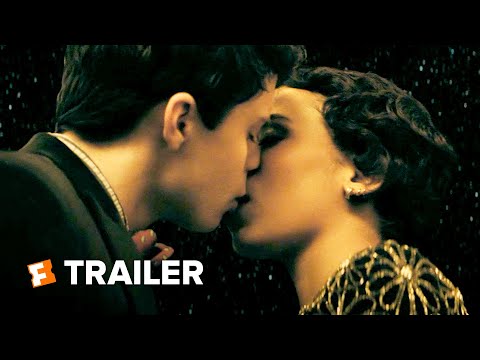