Filmmaker Paul Weitz-whose comic explorations have ventured into the synergistic halls of corporate culture ("In Good Company"), the perils of psychological isolationism ("About a Boy") and the vicissitudes of losing one's virginity ("American Pie")-now delivers a comedy yanked from right-now popular culture...where the nation's shrinking attention span is more focused on "what's hot" than on hot-button headlines: "American Dreamz".

On the morning of his re-election, the President (Quaid) decides to read the newspaper for the first time in four years. This starts him down a slippery slope. He begins reading obsessively, reexamining his black and white view of the world, holing up in his bedroom in his pajamas. Frightened by the President's apparent nervous breakdown, his Chief of Staff (Dafoe) pushes him back into the spotlight, booking him as a guest judge on the television ratings juggernaut (and the President's personal fave), the weekly talent show "American Dreamz".

America can't seem to get enough of "American Dreamz," hosted by self-aggrandizing, self-loathing Martin Tweed (Grant), ever on the lookout for the next insta-celebrity. His latest crop of hopefuls includes Sally (Moore), a conniving steel magnolia with a devoted, dopey veteran boyfriend (Klein), and Omer, a recent Southern Californian immigrant (who just happens to be a bumbling, show tune singing, would-be terrorist awaiting activation). When both Sally and Omer make it to the final round of Dreamz-where the President will be judging along with Tweed-the stage is set for a show the nation will never forget.

"American Dreamz" is written, produced and directed by Paul Weitz (writer/director of "In Good Company," co-director/Academy Award®-nominated co-screenwriter of "About A Boy" and co-director of "American Pie"). Andrew Miano and Rodney Liber also produce; Chris Weitz and Kerry Kohansky serve as executive producers. 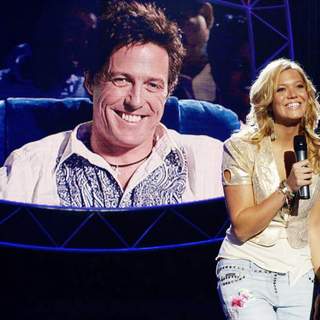 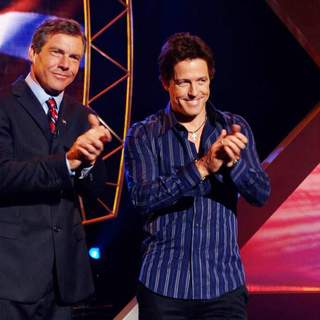 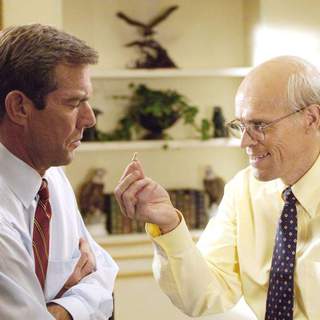