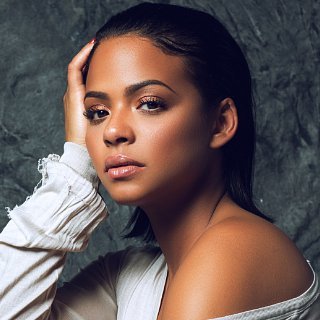 By the time she reached her twenties, Christina Milian was already one of Hollywood's biggest stars. Having an album that received two Grammy nominations, 3 singles in the Billboard Hot 100 chart, two #3 songs in the UK top 40, plus nominations by the Teen Choice Awards, the talented singer and actress is about to show what she really made of.

Cuban by ancestry, Milian who was born September 26, 1981 had known since the age of sheer four that her heart was set on entertainment business. Soon after her birth, the family moved to Maryland and later on decided to settle there with her two younger sisters. However, Milian then moved to LA, California in 1994 to pursuit a better career in showbiz. Though it took for years for Milian to get her first job, she was immediately signed by Walt Disney to be the junior reporter of Disney Channel's “Movie Surfers”. Liking this on-screen job, she agreed to make a brief appearance in one of the episodes of TV series “Sister, Sister” (1994). Then her sweet voice won her an additional voice cast in Disney's “A Bug's Life” (1998). Almost immediately, her name became a regular in popular TV series “Charmed” (1998), “Clueless” (1999) and “Get Real” (1999) as guest stars.

Not wanting to waste her musical talent, she was getting serious about the particular field. In 2000 she provided her melodious voice to %cJa Rule%'s first single “Between Me and You” which was taken from his album “Rule 3:36” (2000). The song was a blow in music industry and quickly gained Milian a reputation. Trusted to contribute a song for %cJennifer Lopez%' “J.Lo” album, she didn't squander the opportunity to produce as well as provide a backing vocal for the 'hot' song titled “Play”. She also co-wrote the song “Same Ol' Same Ol” for girls band %cP.Y.T.% Speaking about her works going for other artists' benefit, she said, “I am not greedy, so I would gladly give a song to someone else to sing if it makes more sense.”

Already known for her capability in singing and writing songs, her name as a prominent singer was never as sonorous as when she released the single “AM to PM” in 2001. The catchy lines and up-pumping rhythm became the top song in her self-titled album. It instantly sat on top 40 of U.S. Billboard Hot 100, smashed top 10 in Netherlands and reigned top 5 in U.K. and Denmark. Her career was inevitably uprising. Thus, being a young star in music industry, she was the perfect candidate to host MTV's “Wannabe” (2001). The next year she released the second single “Whatever You Want” which still came from her self titled album and also released the U.K. version of album “AM to PM”.

Thriving in her music career, she was trusted to write the theme song for Disney's Kim Possible in 2002 which was titled “Call Me Beep Me.” Later that year, she started dating young actor, %cNick Cannon%. They appeared in the same movie “Love Don't Cost a Thing” (2003) where they became a matching item. Along with that first lead role, she made a comeback with yet another amazing album “It's About Time” (2004). Still employing R&B style, Milian hit #2 in the U.K., #5 in the U.S. and top 40 in Australia with the first single “Dip It Low”. The album itself earned the 2005 Grammy nomination for Best Contemporary R&B Album, while the single was nominated for Best Rap/Sung Collaboration. Besides reaching such attainment, the album also marked Milian's physical transformation which according to many was too similar to %cBeyonce Knowles%. In fact, she remained true to her identity, saying “I myself, just the type of person that I am, I like being friends with everybody.”

Recommended personally by director %cJoseph Kahn%, she was to appear in “Torque” (2004) as Nina and continued taking bigger roles in “Man of the House” opposite %cTommy Lee Jones% and “Be Cool” alongside %cJohn Travolta% and %cUma Thurman% in 2005. Apart from the gleaming career, Milian still spared some slots between her time consuming schedules for charity works. Hosting “The Reign”, an event designed to raise fund for HIV/AIDS awareness and also involving herself in Fresh Air Fund, an organization focusing on inner city children, she was awarded Outstanding Achievement Award with actor and singer %cEric West%. Besides, she prepared a more mature 3rd album with mentors %cJay-Z% and %cL.A. Reid%. While in 2006, she made her presence in movie industry more notable by appearing in horror movie “Pulse”. Upon answering the question of her priority between singing and acting, she said, “If music could go my way, I would say music. But, y'know, movies pay the bills. And I could always play a musician in a movie.”