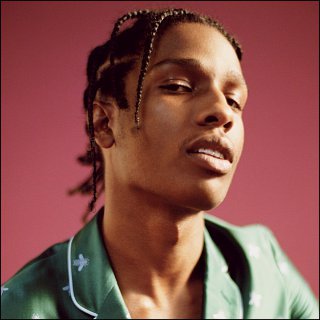 %cA$AP Rocky% was born as Rakim Mayers. He lived a tough life as a youngster in the New York City neighborhood Harlem. His father was jailed in connection with selling drugs when he was just 12 years old and his older brother was killed a year later. The hardships in his life inspired him to take rapping seriously.

He formed a Hip-Hop collective $AP Mob in 2007, and later adopted the A$AP moniker as his stage name. It has many meanings like "Always Strive and Prosper", "Assassinating Snitches and Police", but his favorite is "Acronym Symbolizing Any Purpose".

He started from the street with self-released mixtapes, gradually getting attention from Hip-Hop community and generating further buzz when he scored a record deal with Sony, RCA record and Polo Ground. In 2011, he released mixtape "Live.Long.A$AP" that spanned critical-acclaimed singles like "Peso".

The album will contain the buzz worthy "Goldie" and the Noah "40" Shebib produced hit, "F**kin' Problems", which features hip-hop elites Drake, %c2 Chainz% and Kendrick Lamar. It recently became the most added song at urban and rhythm radio and continues to dominate airwaves.