Where were you in 1973? NYPD Detective Sam Tyler (Jason O'Mara) finds himself in the cultural hotbed of New York City in the tumultuous times of the Vietnam War, Watergate, women's lib and the civil and gay rights movements - without a cell phone, computer, PDA or MP3 player -- suddenly hurtled back in time when he's ripped from 2008 after being hit by a car while chasing down a criminal. He's trying mightily to understand what has just happened to him and how he can get back "home."

What exactly is going on here? It's like Sam is on a different planet. It's the Wild West out there: uncontrollable criminals, police on the take... whom can he trust? Forced to use a different moral code and without hi-tech crime fighting techniques, Sam clashes with his new boss at the 125th Precinct, the irascible Lieutenant Gene Hunt (Harvey Keitel), who would rather use his fists than his brains to solve a crime. Hunt, who has earned the adoration of the men under him, does his best to hide his humanity behind a gruff exterior and great gut instincts, in contrast to Sam's more politically correct cutting edge style. But the two begrudgingly combine to make a powerful team -- whether they like it or not.

Then there are the other squad members of the 1-2-5. Detective Ray Carling (Michael Imperioli), a big, mean guy in a street-fight with life. Ray may be a rough, tough sexist, but when the chips are down, he's a handy guy to have in your corner. Until Sam came along, Ray was the golden boy of the force and Gene's go-to guy. It's the man's man against Sam's charming wit, charisma and eerie futuristic knowledge of not just police procedure -- but the whole culture -- that puts them toe-to-toe in this face-off for Gene's approval.

Annie Norris (Gretchen Mol) is a member of the Police Women's Bureau. At a time when females were only allowed to do menial tasks and not real police work, she's the smartest person in the room. Little does she know that her dream of becoming a real cop will come true. Right now she's struggling to deal with being undermined, under-used and in general against the sexism of the times. However she's the one person Sam can turn to to help guide him in his new reality. Theirs is a strong bond. After all, they're both outcasts.

Rookie Detective Chris Skelton (Jonathan Murphy) is a sweet guy trying to make it in this uncompromising world, but right now he's out of his league with Gene and Ray. He's impressed with Sam's new way of looking at and thinking about policing, but that means he's at odds with Gene and his old school style.

In his 2008 life, Sam was in love with Maya Daniels (Lisa Bonet) and, although Maya and Annie will never meet, Annie's workplace battles have paved the way for Maya to become a full-fledged cop. But a fascinating, unique love triangle evolves between Sam's "real" in-the-moment friendship with Annie, his longing to get back to Maya and the fantasy of what could be.

At home in Sam's apartment building in the East Village, there's Windy, a free-spirited, post-hippie chick who can teach Sam a thing or two about the cultural revolution taking place in front of his unbelieving eyes.

Just how will Sam deal with all this ambiguity while trying to remain a top detective, as he desperately attempts to get back to 2008? He might just find things aren't so dissimilar in New York circa 1973 and 2008.

Life on Mars News and Articles 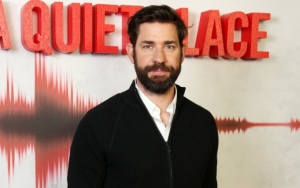