After weeks of begging, Bart and Lisa finally convince their parents to take them to Itchy & Scratchy Land, a new high-tech amusement park on a remote island. Once there, the kids run off to enjoy the attractions while Homer and Marge spend their day on Parents' Island. All is fine until Bart and Homer are both arrested by park security for harassing the costumed employees. Marge bails Homer and Bart out of Itchy & Scratchy jail just as several defective Itchy & Scratchy robots go on a killing rampage. A bloody battle between the Simpsons and their robot attackers ensues and the family escapes the island alive. As they are airlifted to safety, Marge requests that the family never speak of this trip again. 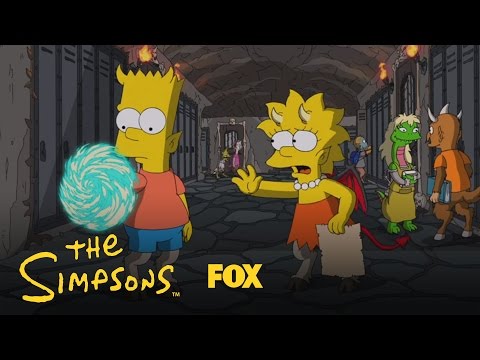