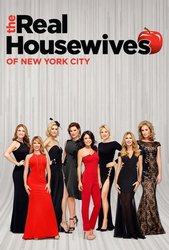 Rosanna, LuAnn's housekeeper, joins the family again after a month-long trip to the Philippines. The entire family is thrilled to have her home, especially LuAnn, who has been doing a lot of extra work while she was away. LuAnn tells the other women that her daughter Victoria will be going off to boarding school in the summer, which causes an interesting reaction from one of the Housewives. Jill decides to throw a major event for her charity, Creaky Joints, and plans to include the other Housewives. Alex and Simon get a luxurious spa treatment at their Hamptons rental home. Kelly competes in the esteemed Hamptons Classic, and Ramona stops by for support. LuAnn organizes a lunch for Victoria and her friends where she teaches them a lesson on etiquette. Bethenny, Jill and LuAnn attend the Hamptons Tea Dance, a major gay pride event of the summer. Meanwhile, Ramona's husband Mario decides to set up a tennis doubles re-match with Jill, and a disagreement ensues about who her partner should be.