When Cpt. Jake Marsden is assassinated in a hotel suite on Christmas Eve, the NCIS discovers that there was a woman traveling with Marsden and attempts to track her down. By tracing phone calls made from the hotel they find Lt. Elizabeth Reynolds, nine months pregnant, hiding in a fitting room at a local mall. On the way back to NCIS the car carrying Gibbs, Ziva and Elizabeth breaks down forcing them to find shelter in a closed gas station. Elizabeth reveals that she was involved and got pregnant with a local fisherman named Amir when she was stationed in Afghanistan. Amir was killed a few months later and following his death Elizabeth was sent home to work stateside. In the past week she noticed three black SUV's following her which prompted her to call her friend Marsden for protection. He wasn't the target, Elizabeth was. Abby discovers that Amir was actually the sole heir of the Mayat tribe, a very wealthy and powerful family that controlled a critical piece of land right outside Kabul. If Elizabeth has a baby boy he would be the sole heir to the land. McGee speculates that the Department of Defense wants Elizabeth's baby to use as a bargaining tool for a piece of land the US military wants to build a highway through for weapon shipments. We ultimately discover and track down the men who are after Elizabeth and they turn out to be trained Russian mercenaries hired by the Mayat tribe hoping to use the baby a bargaining chip to keep the land. Elizabeth goes into labor at the gas station and Gibbs helps her deliver the baby, who turns out be a healthy baby girl. Wendy, Tony's ex-fiance, invites him to Christmas dinner. Palmer finds the courage to stand up to his soon to be father-in-law when he comes to visit for the holidays. 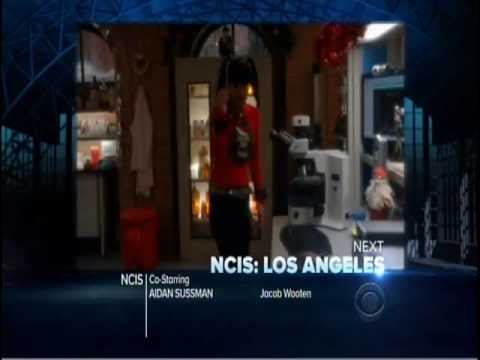