When a military plane, carrying the remains of six Marines killed in Afghanistan, goes down killing all but one of the crew, NCIS is on scene to investigate if it was an accident of foul play. Lt. Commander Chaplain Danielle Burke comes in to assist the team with reaching out to the families of the deceased. What they discover is that the remains of Lt. Emilia Flores, which was supposed to be on that plane, is not among any of the DNA recovered after the crash. Flores was attached to a male infantry unit and would go into sensitive regions to interact with the Afghan women. Her latest mission was to help build a school for girls which went against the customary belief that girls should not be educated. Insurgents blew up the school and all that was found of Flores was her dog tags. We also learn that she fell in love with American contractor working in the region who tried to convince her to leave. In a recent class photo that Flores took, Gibbs notices a mysterious inscription on a ring that one of the Afghan teachers wore. The inscription is discovered to be the symbol of an insurgent group who was sending female suicide bombers into the school posing as teachers. Live surveillance video shows Flores escaping with some of the children and heading towards the mountains. However, we watch as she’s caught trying to escape. Commandant of the Marines, Charles Ellison, tells Gibbs to go to Afghanistan to rescue Flores and not to come home without her. Gibb’s has flashbacks of his younger Marine years when he had to compete against women. To be continued. 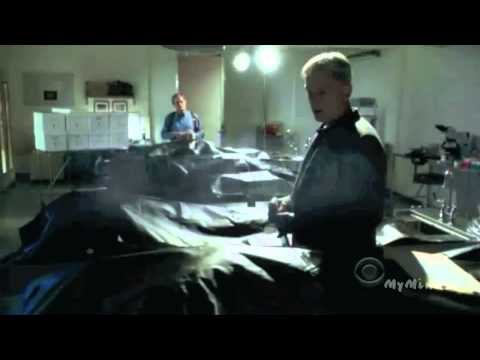