Our team thinks they have another port-to-port killer on their hands when someone close to Tony is found murdered in the same fashion as the other victims. This case is a bit more personal as the victim is Tony's former partner, Danny Price, when they both worked on the Baltimore police force. In a series of flashbacks we relive Tony and Danny's relationship when they used to work homicide back in 2001. Ducky informs us that Price's murder may look like it was at the hands of the P2P killer but there is one discrepancy, our killer used a different knot to bind his feet. Suspecting that they have copy-cat on their hands our team sets to investigate who would want Price dead. We ultimately discover that Tony left the police force after he found out that his partner was a dirty cop who was helping to launder money that was connected to a Navy homicide they were both working on. We also learn that this is where Gibbs, working the Navy homicide case, met the young Tony for the first time. In the end our copy-cat killer was none other than Tony and Price's boss Major Raimey, who needed to get rid of Price who was about to rat him out. 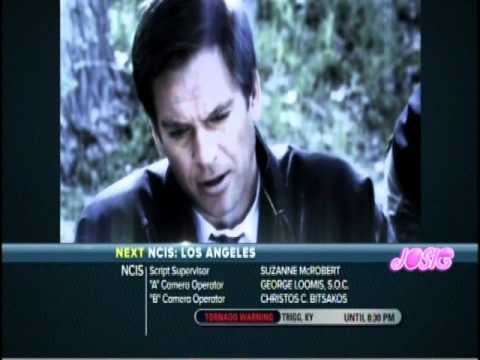