Its Christmas time and NCIS gets dragged in to a Metro double homicide case, when fingerprints discovered at the scene match up with those of Ned Quinn, a Vietnam vet who Ducky had pronounced dead over twenty years prior. The team works quickly to find Quinn before Christmas day, and is able to track him down at the Vietnam Veterans Memorial on Christmas Eve. With Quinn's apprehension, NCIS's portion of the case is technically closed and they make arrangements to hand him over to Metro. However, Gibbs' gut tells him that there is more to the double homicide case and is able convince Director Vance to postpone turning Quinn over for a couple days while he investigates. The team works through Christmas, and discovers that Ned had been a meth addict after returning from Nam, and was able to fake his death when the half way house he was staying at burned down, thinking it was better for his ex-wife and baby daughter, who stood to receive his military benefits. He then cleaned up his act and led an anonymous life by doing odd jobs for cash, until the murder victims hired him to help set up their Christmas decorations, placing him at the scene of the crime and leading to his discovery. Using Quinn's description of the scene as he first saw it, the team is able to discover new evidence and discovers that the real murderer was someone who should have been protecting the victims. 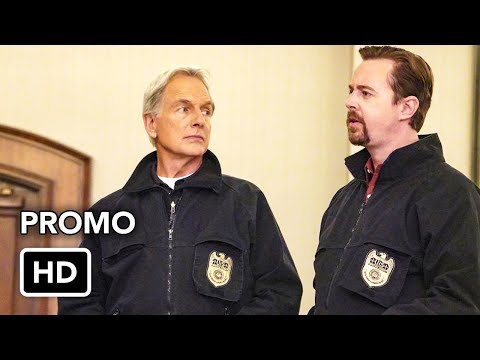