A new recruit, Dwayne Wilson, joins Gibbs' team to help solve a bank robbery at Quantico, during which security guard Rudy Vittorio was shot dead. Initially, the team assumes that Rudy's death was collateral damage to the robbery. However, when they discover the get away vehicle torched with all the stolen money inside, they start to think there may be a different motive for the robbery. Meanwhile, Tony and Dwayne discover that there was a similar robbery six months prior at a jewelry store, during which four million dollars in diamonds were stolen. One of the jewelry store robbers was Joey Vittorio, Rudy's son, and not wanting to share, he had been living underground for the past six months with all of the diamonds.

It turns out that Joey's old gang had staged the bank robbery at Quantico so they could kill Rudy and lure Joey to his funeral, where they could kidnap him to get their diamonds. The team gets to Rudy's funeral late, but with the help of Agent Wilson, they are able to catch all the robbers, including Joey. During the investigation, Director Vance asks Gibbs for his opinion of Agent Wilson. Gibbs, still unsure of himself after discovering his last recruit, Agent Langer, was a mole, questions his gut feelings on whether Wilson is a good agent or not. In the end, he regains his confidence and after a fleeting interaction with Agent Lee, he starts to become suspicious of her. 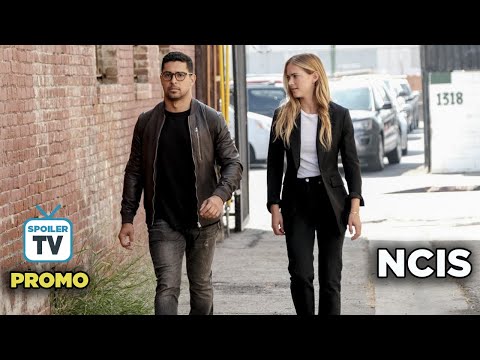