A surprise visit from Tony's father is interrupted when Tony is forced to shoot down a suspicious seeming Navy Commander in self-defense. Abby identifies the victim as Nick Bodeen, an infamous private eye to the rich and powerful. As Tony is sidelined by the I.G. investigation, the rest of the team wonders why Bodeen was impersonating a Navy officer. After they find gunshot residue on Bodeen's hand, the team heads to the hotel where the incident took place and finds the dead body of Michael Elliot, a staffer for U.S. Senator Denise O'Hara. A Navy Commander comes forward to reveal he was asked to meet Elliot to discuss the military value of U.S. Navy ports-of-call in Asia, but the crime scene prevented their meeting. Bishop learns O’Hara has been focused on a budget-cut bill that would close several U.S. ports-of-call in Asia. When they connect Bodeen's hidden payoff to a wealthy businessman in Macao who operates out of several ports in Asia, they suspect part of the money was intended to bribe O'Hara out of closing the ports. Elliot was about to blow the whistle to the Commander, but he was killed by Bodeen just prior. The team traces the phone number Bodeen frequently called to another staffer who accepted the bribe and was romantically involved with Bodeen. The staffer altered the Commander's reports to increase the value of the businessman's ports without O'Hara's knowledge. Meanwhile, Tony comes to terms with the news of his father's engagement to his late mother’s best friend. 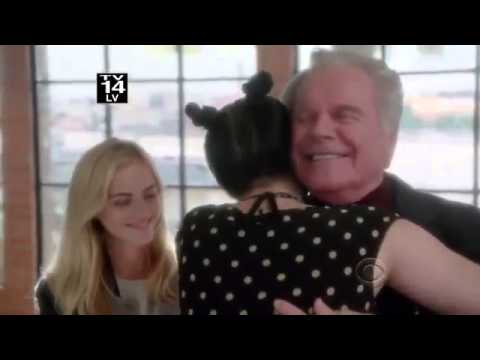