When NCIS discovers that a U.S. surveillance drone was used to kill Petty Officer Coyne, they learn the defense contractor of the drone is already under investigation by the DoD. Vance explains that Coyne flew a drone in the operation to bomb Benham Parsa's terrorist camp and suspects the drone was recovered by Parsa when it went down during the strike, then reconfigured to kill Coyne in retribution. To his dismay, Gibbs is reunited with his ex-girlfriend Hollis Mann, the DoD investigator in the case who reveals the contractor's computer system was recently hacked. She informs him that an employee of the defense contractor named Erin Pace is their prime suspect in the breach, and they find the DNA of one of Parsa's associates, Yusef Ryder, in her apartment. The team tracks down Yusef's vehicle to find Pace bound and gagged inside. She explains she was coerced by Yusef to weaponize the drone. A suspicious signal on a radio tower leads them to a storage building in the woods, but when they get there to find Yusef, he is killed by a bomb that goes off in the cabin believed to be housing the drone. Abby discovers the remnants are all spare parts from various old drones and they realize Parsa wanted NCIS to think the rewired drone was destroyed. The team puts the pieces together to determine that Pace gave up Coyne's involvement and was bribed by Parsa to detonate the bomb in order to distract NCIS from figuring out his real target, a gala attended by the counter-terrorism community including McGee and his girlfriend Delilah. The team is too late in stopping the attack which leaves Delilah badly injured, and Gibbs manages to locate Parsa only to have him slip away in a getaway car. 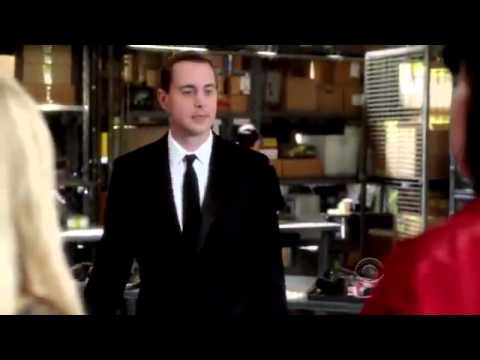