After a petty officer is killed in a hit and run, Marine Staff Sergeant Justin Dunne becomes the prime suspect as the specific paint left on the victim's watch matches his vehicle. The team questions him, but Dunne quickly asks for a lawyer who turns out to be Carrie Clark, a former FBI agent with a relationship to the team. Dunne maintains his innocence in the hit and run case and stuns Carrie when he reveals his alibi-he was committing murder miles away in Falls Church. Attorney-client privilege prevents Carrie from disclosing his alibi, so she indirectly leads the team to the crime scene of the bookie Dunne killed. In the meantime, the only fingerprint Abby finds in the vehicle belongs to Private Cliff, who confesses to accidentally hitting the petty officer with Dunne's car. After arresting Cliff, the team learns that the lead suspect in the Falls Church murder case, Wendell, also attended A.A. meetings with Dunne and his girlfriend Olivia. The team puts the pieces together to ascertain that Wendell, in debt to the bookie, arranged for Dunne to commit the murder while Wendell traveled to New York to serve as his alibi. In exchange, Wendell had planned to kill Olivia's wealthy husband so she could inherit his fortune while she and Dunne were conveniently away. Gibbs tips off his contact at Falls Church P.D. who apprehends Wendell and coerces him to flip on Olivia and Dunne. After all co-conspirators are booked, Gibbs congratulates Carrie on finding a way to serve justice without jeopardizing her job. 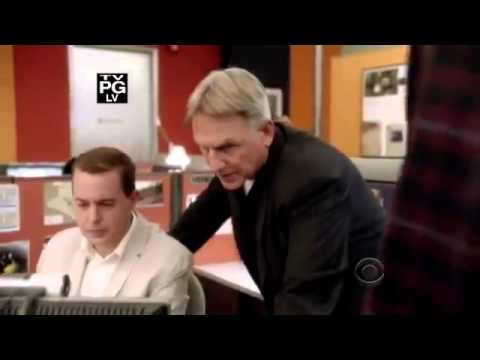