When NCIS is called in to investigate the murder of a marine sergeant, they discover the victim is a woman who had stolen the identity of a marine. With the victim's face and fingerprints burned off by acid, the team has difficulty identifying her, but they discern her name, Nadira, from an inscription on her necklace. After finding a job application in which the victim listed the daughter-in-law of Gibbs' late mentor Mike Frank as her emergency contact, they question her to learn that Mike had asked her to look after Nadira but offered no explanation. Ducky analyzes Nadira's acid burns and scars to determine that she was the victim of an honor killing, and a fingerprint on her necklace leads them to a suspect who reveals himself as a hired hit man. He was working off of a hit list given to him containing the new identities of women smuggled into the U.S. from Afghanistan. When the team learns that all of the women stayed at the same women's shelter outside Kabul, they travel there to investigate but are sidetracked by news of an impending attack on the shelter by locals. Motivated by past memories in which he refused to help Mike smuggle abused women into the U.S., Gibbs chooses to stay with the women despite instructions to evacuate. As the armed locals close in on the shelter, Gibbs decides to confront them head on and engages in hand to hand combat until backup arrives. It comes to light that one of the women at the shelter was forced by her abusive husband to leak the new identities. Gibbs manages to have the women transported to the U.S. and reunites a young refugee with her mother. 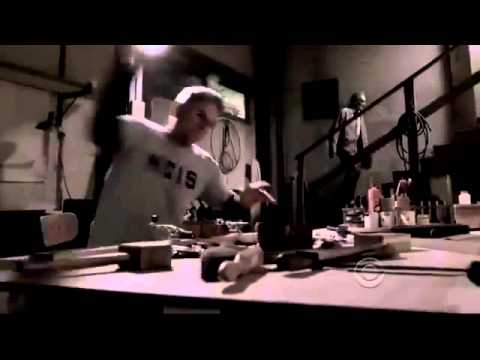