When Petty Officer Lowry is stopped while chasing a man he insists is following him, Lowry appeals to the team to help him find his pursuer as his recent mugging left him with a concussion and gaps in his memory. Abby finds a crumpled legal disclaimer among Lowry's possessions, but Lowry is unable to recall what he signed up for. The team stimulates his senses to jog his memory, and his recollection of bratwurst leads them to his pursuer eating the sausage in a warehouse used for a government-funded study on surveillance that Lowry had volunteered for. The warehouse is burned down in a fire before they are able to investigate further, but Gibbs' realization that Lowry could have motive for getting rid of evidence from the study causes them to search through the surveillance tapes on Lowry. They find that Lowry had inadvertently included his friend in the videos, a marine who was absconding from deploying on a third tour. Lowry confesses he had tried erasing the data in the warehouse in order to protect her and the team arrests him. Meanwhile, when an investigator from the Department of Defense questions the team about Ilan Bodnar's death, it initially seems as if he is investigating Ziva and then Vance, but it is quickly revealed that Gibbs was his target all along. 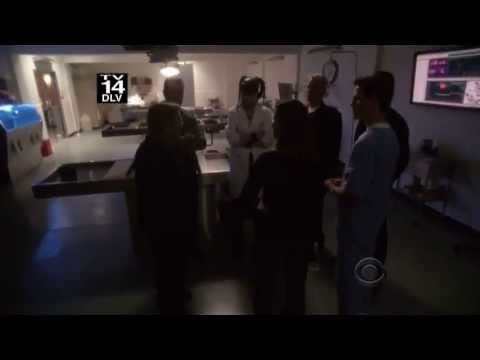