When naval physician Commander Brian Haber is found murdered on the USS Borealis during an intense squall, Gibbs approaches the admiral of the ship to find answers and is shocked to discover the man is McGee's father. Met with resistance from Admiral McGee, Ziva and Agent Burley question another witness who reveals that Haber was about to come forward with information regarding another crew member's illegal drug use. They interrogate a petty officer with a history of drug abuse but believe his shaky hands could not have expertly targeted Haber's carotid artery. After recovered surveillance footage from that night shows Petty Officer Graves removing data from Haber's laptop, they track Graves down and suspect he was covering for someone else. Following a hunch that one of Haber's patients had targeted him, the team traces the tablet used to keep a record of patients and note that the last name on the list didn't appear in the ship's records. McGee identifies the name as one of his father's favorite poets and despite the rocky relationship they have, he is distressed when the admiral is cross-examined for the murder. The admiral admits he was seeing Haber for treatment of his stage four cancer but maintains he did not kill him, leaving McGee devastated and Gibbs with the suspicion that his aide, Carlton Mane, was the only other person with knowledge of his career ending illness. They determine that Mane knew he would lose his expected promotion that would come with Admiral McGee's impending cabinet position if his cancer was exposed and had tried covering up his tracks by using Graves and discarding the tablet. The team helps McGee come to terms with his father's cancer and the two make strides to repair their relationship. 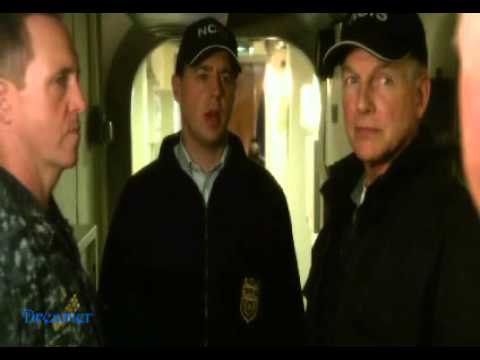