When Noel Huffner, the husband of a Lieutenant Commander, is found dead with a mysterious-looking $100 bill in his wallet, the team learns of the government's issuance of "New Benjamins," a redesigned bill yet to be put into circulation. Secret Service agent, Ashley Winter, whose department oversees the Department of Treasury, advises on the case much to Gibbs' annoyance. They detect the fingerprint of a former employee at the Bureau of Engraving and Printing on the bill and find the man's body at a creek, with the connection between both victims being at a bar they frequented together. After they uncover more bills at the Huffner residence, microscopic fibers clinging on them are identified as particles of shredded bills that had been disposed of at a landfill. An employee at the landfill informs them of a break in the night the shredded bills were transported there and Gibbs recalls that there must have been satellite surveillance footage from that night for the purposes of extra security as it was the same day Bin Laden was assassinated. Gibbs recognizes the truck of the bar owner they had spoken to earlier from the footage and confronts him, getting him to admit that he and the Treasury employee were in on the heist. Not wanting to be traced back to the crime, the bar owner killed both victims after learning that the employee sold the bills to the Commander's husband. Meanwhile, Tony's father visits for Christmas and makes strides to repair their rocky relationship. 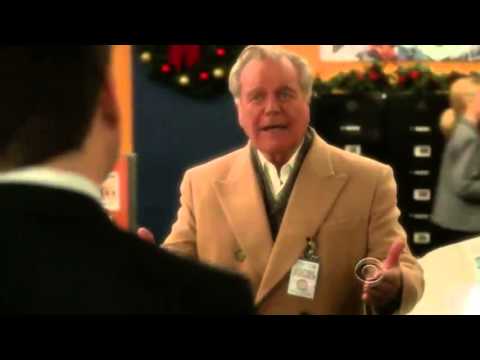