We open this episode with FBI Senior Agent Fornell being shot at while leaving Beltway Burgers drive through and he quickly returns fire, killing shooter Navy Seaman Tyler Brown. The team goes to the bar of the matchbook found in Brown's car and the manager informs them that Brown was the bouncer. Gibbs and Fornell are surprised to find their ex-wife Diane Sterling there inquiring about purchasing the bar. They learn that Diane was promoted to IRS Special Agent and is actually undercover on a tax-fraud case investigating the perpetrator behind multiple counts of identity theft for the purpose of filing fake tax returns to get refund checks. She had traced the identity theft to the bar and directs them to the check-cashing storefront where the cashier directs them to an accountant named Oliver Lambert as a possible suspect. They head to a rental house linked to Lambert and find a dead body in a crate full of frozen fish. The man is identified as a bar patron they had spoken to previously and they discover he aided in the identity theft for the operation along with Brown who had checked IDs as the bouncer. Abby uncovers a cell phone in each fish and detects an active one among them which had contact with Lambert's phone.The team goes to the location of the placed call and finds Lambert there bleeding out from stab wounds. He admits he stole the money from the IRS in order to repay a debt he owed. Analyzing the fish shipping manifests leads them to the smuggler and Lambert's client, Avis Gardner. Without enough evidence to tie him to Brown, Diane wires herself and approaches Avis to offer her services as his new accountant. He takes her to the man in charge of the whole operation and he turns out to be the check cashier from earlier. They arrest him and discover he was the one who put the hit on Diane and Fornell when he learned she was posing as Diane Fornell. Diane admits that her current husband is thinking about leaving her. 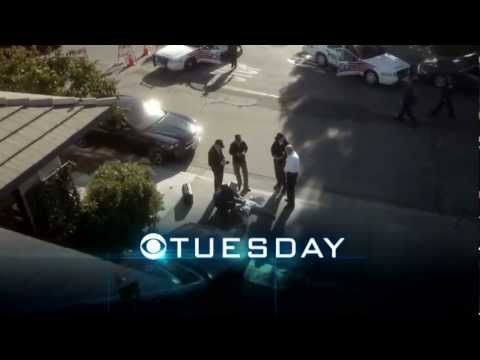