Continuing from episode #216, Gibbs asks Sgt. Joe Wescott, still suffering from PTSD, for help tracking down Ijil Rebel Randall Kersey. Wescott has a vague memory of the rebel group's headquarters but isn't able to recall concrete details. They locate Kersey's girlfriend Brooke Fenton, who seems to be an oblivious pawn for Kersey's cover. Gibbs takes Wescott back to the liquor store where he encountered Kersey to see if he can jog his memory. Wescott is able to remember that Kersey had handed off a piece of paper to a blue-haired girl, a regular customer according to the store's clerk. After Ziva and Tony stake out the store to find her there, they learn that she was just the messenger for his deliveries and was planning to meet him at the train station that day for another delivery job. The team sets up the sting operation and arrests Kersey at the station, confiscating the package containing a I.E.D. and detonator. Gibbs interrogates Kersey in hopes of locating the bomb, but Kersey's lack of remorse over the killings in the ambush causes Wescott to burst in the room and confront him. Wescott's encounter with Kersey sparks his memory of Fenton's photo on the wall of the Ijil headquarters and the team comes to the conclusion that Kersey and Fenton were working together. Abby matches the blueprint found in Kersey's basement to the senator's house which is the location of a Thanksgiving dinner being attended by members of Congress. At the estate, they are able to deactivate the bomb and arrest Fenton after spotting her in a police uniform trying to make her escape. Wescott's distress is alleviated when another Marine from his unit helps him remember his noble effort to save another soldier in the ambush. Tony helps Ziva find a way to honor her sister on the anniversary of her passing. 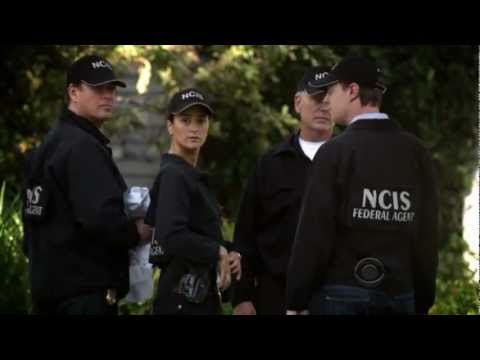