In Japan, Shoshanna (Zosia Mamet) is fully in the groove of things. She has a small workplace flirtation with a colleague, Yoshi, and declares to some of her work friends that she feels like Japan is her home. Unfortunately for Shoshanna, her boss Abigail reaches out via video chat to tell her that the Japan office is undergoing changes and that Shoshanna is being "managed out" -- aka fired.

Hannah vents to Ray and Elijah about her discomfort over Fran keeping naked photos of ex-girlfriends. She's particularly annoyed by how attractive they all are. Ray and Elijah set up a makeshift studio in the back of Ray's, and Hannah strips down for her own sexy photos to give to Fran. When she gets home, she deletes all the ex-girlfriend pictures from his photo library.

Jessa (Jemima Kirke), Adam (Adam Driver) and Ray hang out and watch Adam's appearance on a detective television show. Jessa is hugely supportive and tells Adam that his performance was amazing. When Ray goes to sleep, Adam tries to make a move on Jessa, but she holds her ground on being "just friends".

Shoshanna calls up her boyfriend Scott to tell him that she got fired. Scott tells her to "rip off the band aid" and get on a plane back to the States -- he'll meet her at the airport. Rather than pack up and head out, Shoshanna texts Yoshi to see what he's doing instead. They meet up at a concert and then go to a BDSM "sex parlor" with his friends. At the encouragement of Yoshi's friends, Shoshanna puts on a nurse costume and whips one of them. When the friend starts speaking out of turn and makes Shoshanna uncomfortable, Yoshi intervenes. The two step outside the parlor and kiss.

Without telling Scott her change of plans, Shoshanna decides to stay in Japan, leaving him to wait in vain for her at the arrivals gate in New York with a bouquet of flowers. 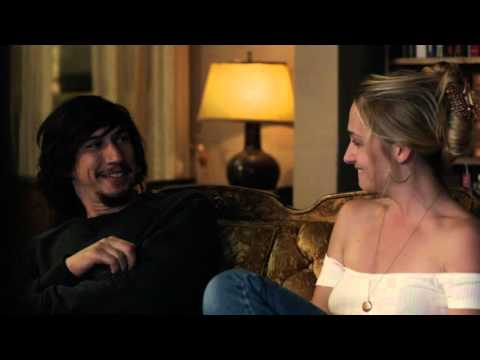