Hannah goes home to Michigan to celebrate her parents' anniversary with them, but in the car ride from the airport, Hannah's mood quickly sours as her parents turn the conversation towards jobs. Hannah lies and says that she still has her job at the law firm. Once back in her childhood bedroom, Hannah ignores Marnie's text asking about rent money, then dials Adam and hangs up before he can answer.

The next morning, Hannah awakens to her mother demanding that she pick up a hormone prescription for her hot flashes. On the errand, she runs into her childhood friend Heather, who informs her of the disappearance of their high school classmate during a spring break trip and invites her to a memorial benefit that night.

The pharmacist, Eric, remembers Hannah from high school and asks her out on a date. Hannah tells her parents she won't be joining them for their anniversary dinner and gives herself a pep talk, "You are from New York, therefore you are just naturally interesting... The worst stuff you say sounds better than the best stuff that some other people say."

Hannah and Eric go out for pizza, then to the benefit, where Hannah is shocked by how bad Heather's dancing is for someone who plans to make a living at it. She goes home with Eric, but he's put off by the moves she puts on him during sex.

Hannah returns home to the shocking sight of her father lying naked on the bathroom floor, having suffered a concussion after falling out of the shower while having sex with her mother. Much to everyone's chagrin, Hannah must help him into bed. Hannah's mom, proud of her daughter for making it on her own in the big city, asks if she needs any help getting on her feet financially, but Hannah, jobless unbeknownst to her mother, declines the offer and assures her that everything is fine. 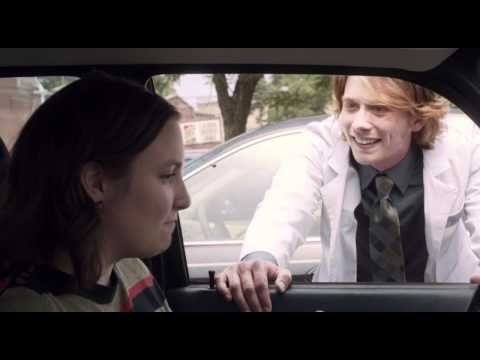