Back at the girls' apartment after his gig, Charlie asks Hannah to read her diary entry (it's notes for a book, not a journal, she explains). Marnie maintains that those are Hannah's feelings, not hers. Charlie storms out in a rage, taking the coffee table with him.

Jessa urges Hannah to sleep with her "touchy" boss, for the material if nothing else.   At her babysitting job, Jessa flirts with Jeff over tales of being dumped, until Katherine comes home, confused by the energy between them. Later, Jessa hooks up with the only guy who ever broke up with her. They have wild sex in Shoshanna's apartment, while Shoshanna, trapped in her closet, watches. Jessa catches her after he leaves and affectionately calls her cousin "a bat-shit little perv."

Marnie shows up at Charlie's apartment to win him back, once she convinces Ray to give her Charlie's address since she's never actually been there herself. He establishes a few conditions for taking her back, and she agrees to them. But when he asks her to say "I love you" during make-up sex, she breaks up with him all over again.

Hannah attempts to come on to Rich at work but is rebuffed. Even after she threatens to sue him, then tries to extort him, Rich still wants her to stay.  Embarrassed, she quits for "sexual reasons," then goes to Adam's seeking comfort. He reminds her that she broke it off with him--and they only had sex after their breakup because she looked sad. Hannah breaks down in his bathroom and emerges to find Adam masturbating. He asks her to watch and engages her in some dirty talk until he finishes and she leaves with enough money for a cab, pizza and some gum. 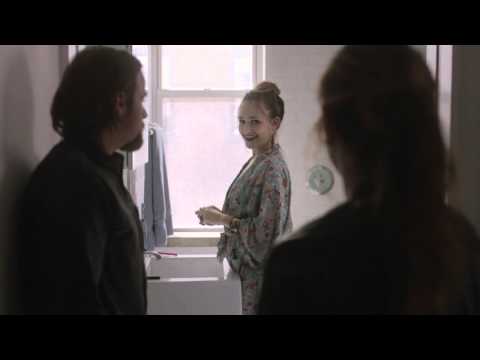