The Miriam Maisel depicter on 'The Marvelous Mrs. Maisel' also says that she feels 'sick to her stomach' over the tragic incident in her hometown that killed six people.

AceShowbiz - Rachel Brosnahan feels "sick to her stomach" over the 4th July shootings in her hometown. On Monday, July 4, the 31-year-old actress, who was raised in Highland Park, Illinois from the age of four, took to Twitter to express her shock that six people had been killed during a celebratory parade on the public holiday.

"I grew up in Highland Park and this parade is a highlight of the year for so many families," she wrote on the microblogging site. "I'm sick to my stomach every time news like this comes out, but I don't wish the pit in your stomach as you call your family and friends to make sure everyone is okay on anyone." 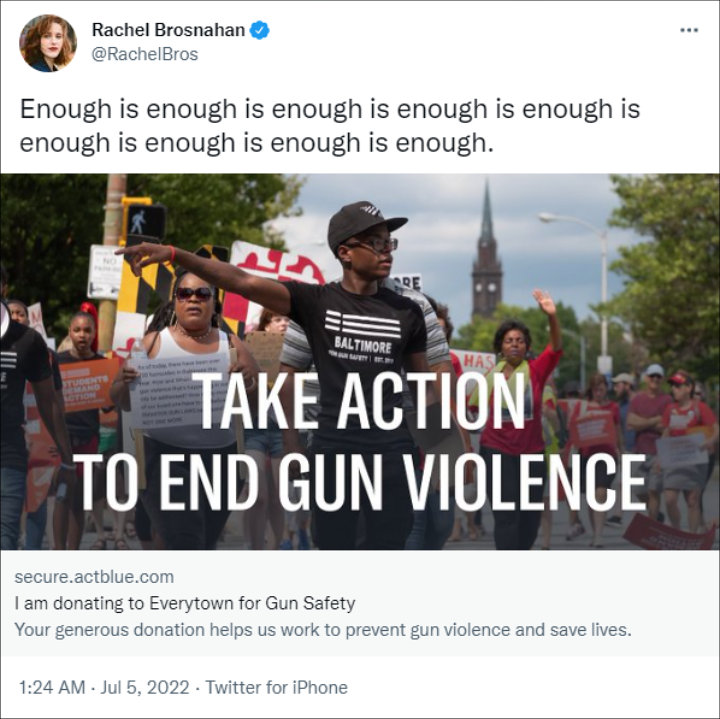 Following the "random" incident, Lake County Sgt. Christopher Covelli, who described the alleged gunman as a white male aged around 18 to 20, urged residents of the city to "stay indoors" and remain vigilant as the assailant remains at large.

"We're asking everybody to stay indoors. Stay vigilant right now. This person has not been identified," he stated. "By all means, at this point, this appears to be completely random. All indications are he was discreet, and he was very difficult to see. Investigators are very, very quickly working to try to identify who this person is, and try to figure out where he's at."

Rachel Brosnahan Dubbed 'Not Funny' Prior to Starring on 'The Marvelous Mrs. Maisel'