The 31-year-old reality star takes to her social media account to post a simple message that reads, 'We aren't together,' which many believe that it's referring to her relationship.

AceShowbiz - Katie Thurston may have broken up with John Hersey. The former star of "The Bachelorette" sparked rumors that they're no longer together after she posted a cryptic statement on her social media platform.

On Monday, June 20, the 31-year-old reality star took to her Instagram Story to share a simple statement that read, "Statement: No, we aren't together." Many believed that her post was referring to her relationship with her 28-year-old partner though she didn't mention him by name. 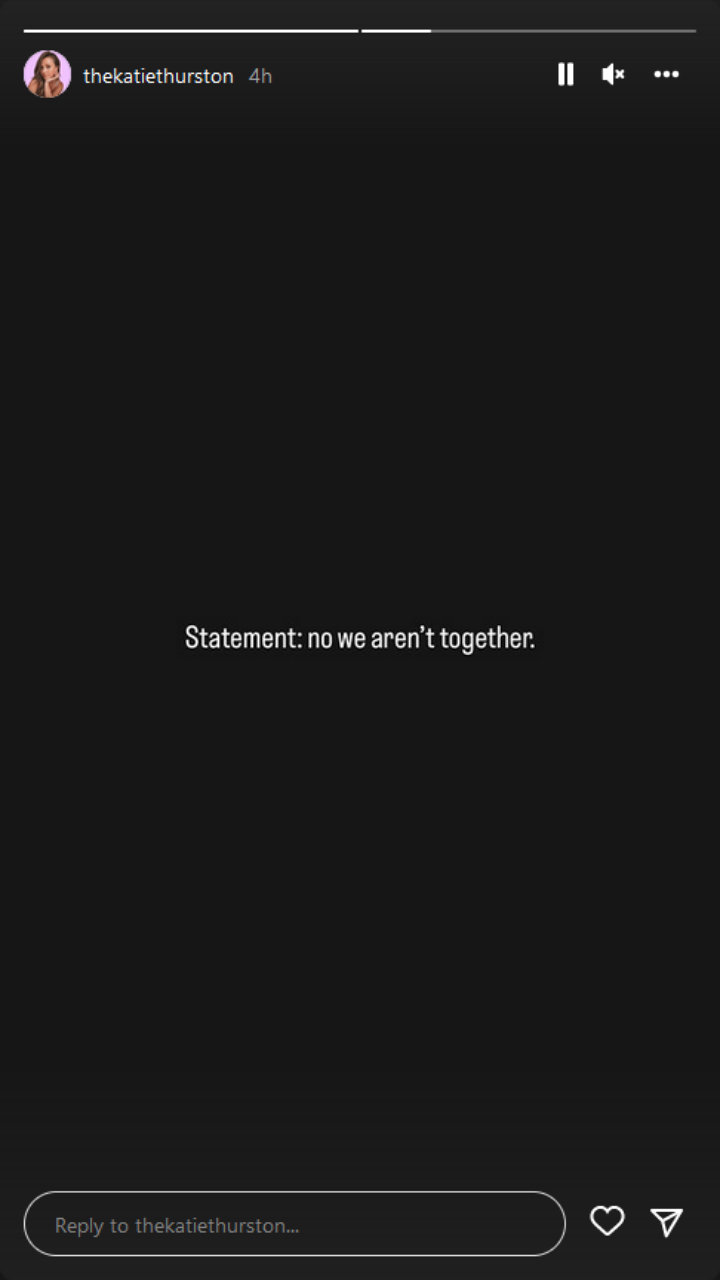 Katie starred on season 17 of "The Bachelorette". John was sent home during the second week of the series after Katie declined to give him a rose. She did, however, initially say that he "was her type."

Katie's season was filled with ups and downs, romance and heartbreak and she concluded the season being engaged to Blake Moynes. However, after dating long-distance when the series wrapped filming, Katie and Blake called it quits, less than three months after getting engaged.

At the time, the exes both released a joint statement that read, "It is with mutual love and respect that we have decided to go our separate ways. We are so grateful for the moments we shared together and the entire journey that has unfolded this year, but we ultimately have concluded that we are not compatible as life partners, and it is the most caring choice for both of us to move forward independently."

Katie and Blake went on to ask fans "for kindness and privacy as we both navigate this transition." They concluded their message, "Both of us will forever want the best for one another and ask you to please support us in our decision."

After separating from Blake, Katie was then linked to John. The reality star posted on social media as a part of the "12 Days of Messy" challenge, asking Taylor Swift to deliver a message to a man who was featured on her season. Using Taylor's song "Begin Again", Katie revealed she was dating John.