The 'SICKO MODE' rapper asks the court to dismiss the numerous lawsuits that name him as related to the deadly festival and gives a 'general denial' to the allegations.

AceShowbiz - Travis Scott (II) has issued his first legal response to the numerous lawsuits against him following his deadly Astroworld Festival which resulted in 10 people killed. In the court documents, the "SICKO MODE" rapper asked the court judge to dismiss the suits.

On Monday, December 6, the 30-year-old rapper and his attorneys filed legal documents to respond to various lawsuits naming the rap star as a defendant regarding the tragedy that took place in Houston in November that left 10 people dead and hundreds injured.

In the filings, Travis and his company Cactus Jack Records "generally deny the allegations" made in the lawsuits against him. The response also stated that they "respectfully request that the claims against these Defendants be dismissed with prejudice."

The statement added, "And that these Defendants be granted such other and further relief, both at law and in equity, to which they are entitled." Travis and his company are being represented by law firms O'Melveny & Myers, Yetter Coleman and Tribble Ross in the 275 lawsuits that name him as a defendant.

Meanwhile, Rolling Stone reported that in their own responses, Live Nation, its subsidiary ScoreMore, Harris County Sports and Convention Corporation and several of the festival's promoters denied all allegations against them. Those defendants, however, didn't ask for their dismissal.

The new legal development came less than a week after half of the victims' families turned down Travis' funeral cost offer. A lawyer for the family of 14-year-old John Hilgert dubbed the "Goosebumps" spitter's offer "demeaning and inappropriate." The legal representation told Rolling Stone on Wednesday, December 1, "It was not an offer they were going to seriously consider."

"Of all the things this case is about, that's the least of any concern. This family is set on making change and ensuring this never happens at a concert again," the lawyer added. "I find offering to pay for funerals frankly demeaning and really inappropriate to the magnitude of the tragedy that unfolded."

A lawyer for the families of Jacob Jurinek and Franco Patino said that Jacob and Franco's families "realized quickly that all [Travis] was trying to do was trying to lessen the public outcry on his case." The family lawyer for 21-year-old victim Axel Acosta described Travis' lawyer's gesture as a "bulls**t." The attorney stated, "If you gave a s**t about these families, you wouldn't have to put out a press release for everyone to see saying he's willing to pay for a funeral."

The family of Ezra Blount also rejected the musician's offer to pay for the late 9-year-old's funeral. "Your client's offer is declined. I have no doubt Mr. Scott feels remorse," Bob Hilliard, the attorney for the family, stated. "His journey ahead will be painful. He must face and hopefully see that he bears some of the responsibility for this tragedy." 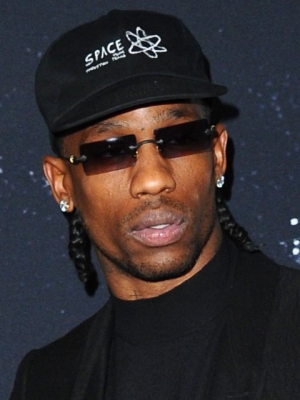