Hyping up the excitement over Alex's nuptials that will take place on their family ranch outside of Pawhuska, Oklahoma, the Food Network star asks fans, 'What could possibly go wrong?'

AceShowbiz - "The Pioneer Woman" star Ree Drummond is adamant in throwing an outdoor wedding for her eldest daughter. Even with 23 mph winds raging outside, the comfort food queen shared with fans and followers that Alex will get married on their family ranch outside of Pawhuska, Oklahoma.

"Um. We're having an outdoor wedding. On the ranch. In Oklahoma. In early May," the 52-year-old shared via an Instagram Story post on Monday, April 26. Along with it, she let out a picture of white tends standing still outside their family ranch. Referring to the State's most gusty season, she inquired in another Story, "What could possibly go wrong?" 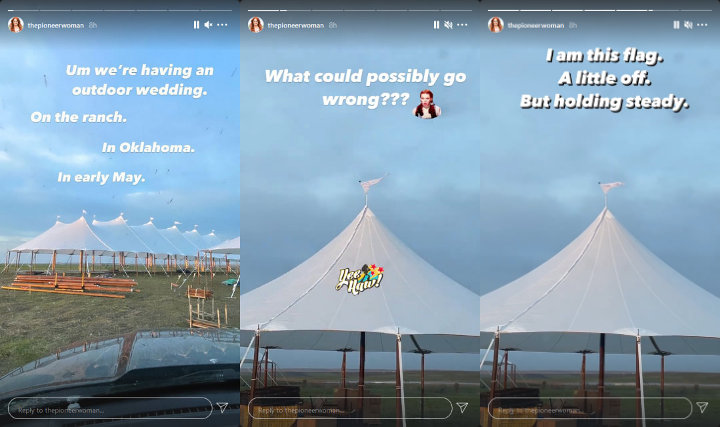 Ree used her third Story to amuse fans with a little jab at the situation. Posting a snap of her making her way to the wedding venue with math equations wrapping around her head, she added a note that read, "Me, first driving upon the tent, trying to calculate the level of Oklahoma sustained winds it can withstand." 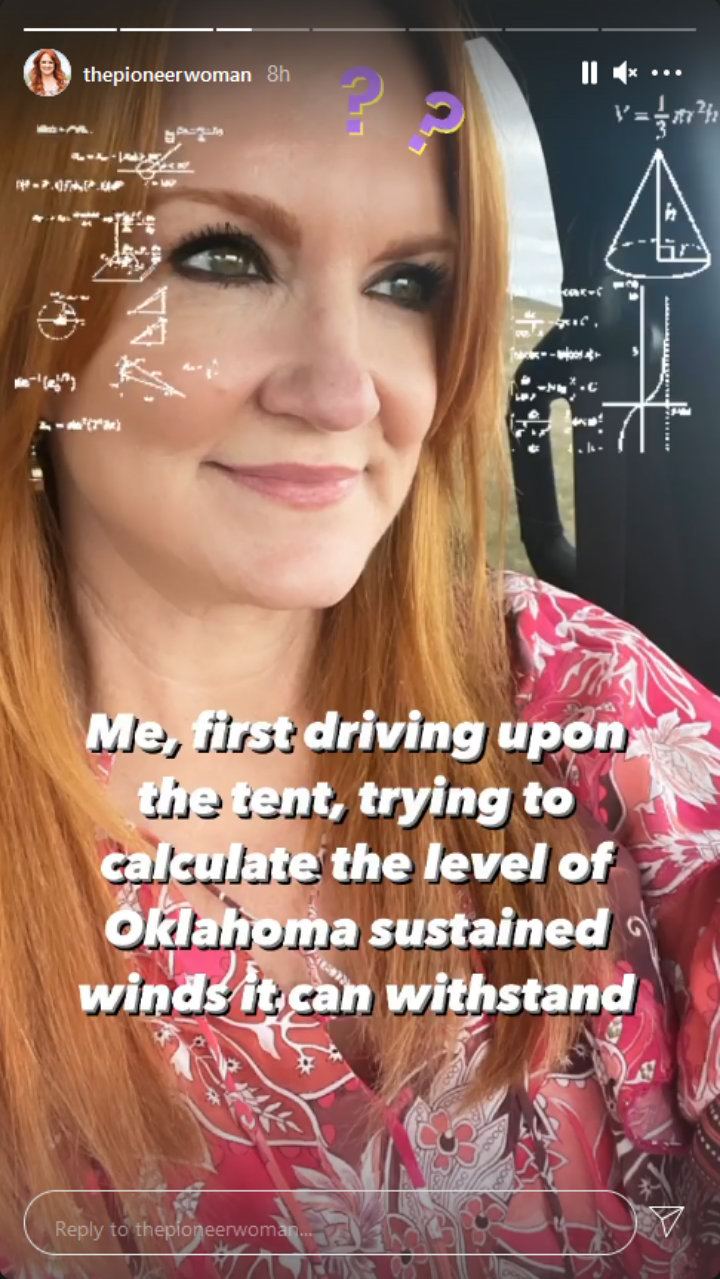 Ree later revealed that she was more concerned about her hair-do rather than the 23mph Oklahoma winds. Sharing a black and white selfie, she asked fans, "Half up, half down?" She added, "I'm just playing with hair styles and my basset hounds." Her last Story offered a look at the tends when the winds were still at 15mph. 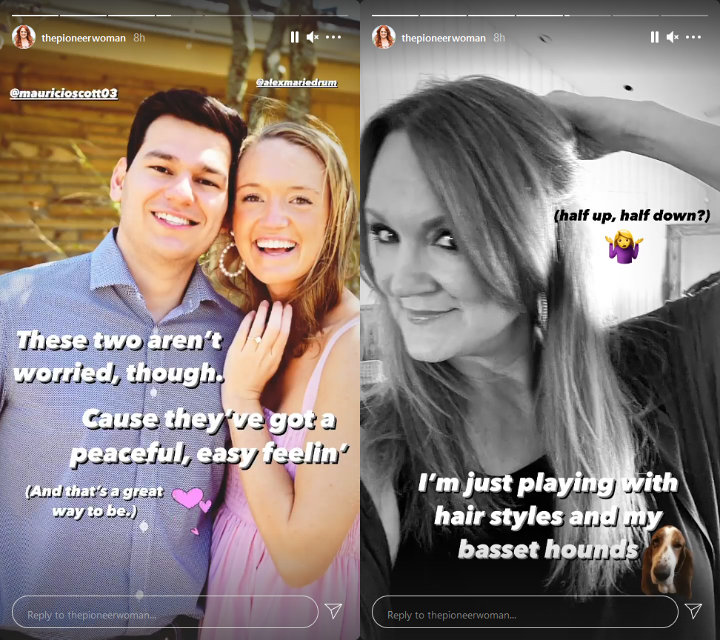 Ree Drummond shares pictures of the bride-and-groom-to-be and her black-and-white selfie.

Though busy offering updates about Alex's wedding, Ree did not share whether her husband Ladd Drummond took part in organizing the wedding. A little over a month earlier, Ladd was injured in a head-on collision with her 21-year-old nephew Caleb when their fire truck crash due to decreasing visibility from high winds on a gravel road.