The System of a Down frontman calls the POTUS' statement on Armenian Remembrance Day 'extremely important' but adds it is 'only a milestone towards the long road of justice.'

On Saturday, April 24, the Democratic leader marked Armenian Remembrance Day by issuing a statement remembering the estimated 1.5 million people who are believed to have been murdered or displaced by Ottoman Empire leaders.

As such, Biden became the first sitting president to refer to the mass killings as "genocide", 18 months after members of the U.S. House of Representatives passed a resolution formally acknowledging the tragedy - even though Turkish government officials continue to deny it ever happened.

The bold move was welcomed by System of a Down frontman Tankian, whose grandparents fled the atrocity, and he took to social media to heap praise on Biden.

"Thank you to President Joe Biden for properly recognizing the #ArmenianGenocide today," Tankian posted on Instagram.

"This is extremely important but only a milestone towards the long road of justice ahead with Turkey and its imminent need to do the same and make amends towards the descendants of 1.5 Million Armenians, Greeks, and Assyrians systematically slaughtered by its Ottoman Turkish ancestors."

"Today, I will say thank you to the US and all those who have fought hard for this statement over the years," he added. 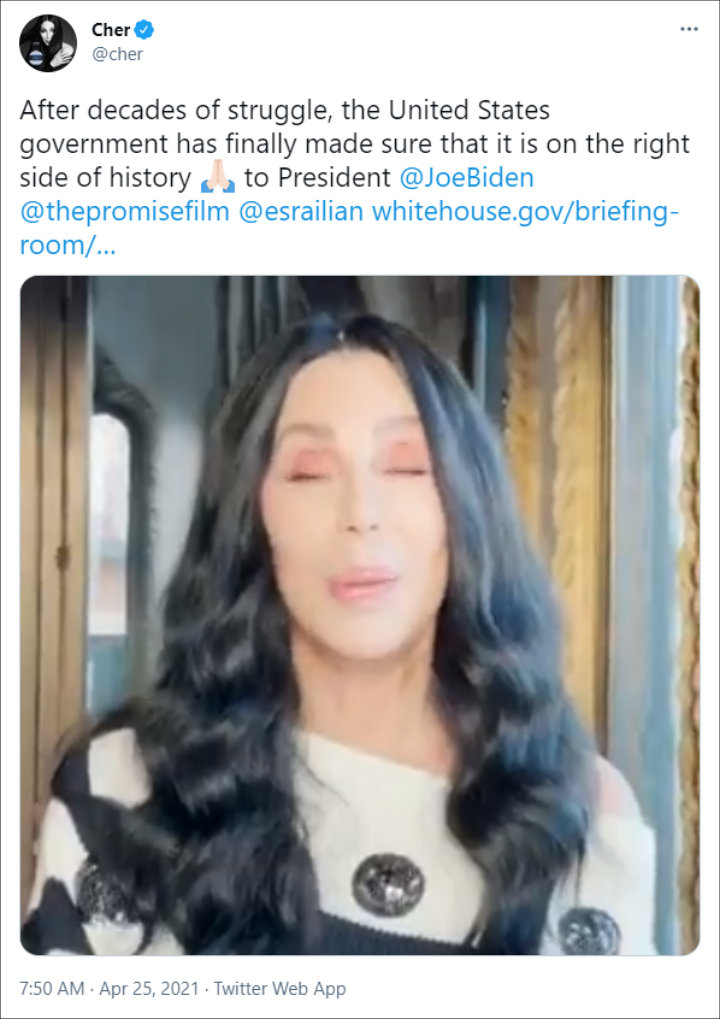 Reality star Kim Kardashian and pop icon Cher, who both have Armenian ancestry, also shared the news on social media, with the singer posting, "After decades of struggle, the United States government has finally made sure that it is on the right side of history... [Praise] to President @JoeBiden."

Italian Singer Milva Died at Her Home at 81