Instead of clarifying the misprint or slamming the online publication, the 'My Church' songstress plays along with the misleading report and writes, 'I guess the cat's outta the bag.'

AceShowbiz - Maren Morris isn't really bothered by tabloid's mistaken claim about the paternity of her son. The country music singer has recently come across a rather jarring news article which falsely claims that Luke Bryan is the father of her baby.

Learning of the false claim, the 31-year-old decided to make light of it with her hilarious response. On Friday, April 23, she made use of her Instagram Story to share a screenshot of the misleading article while poking fun at it.

Part of the article published by The Sun read, "Earlier this month the hot mama, who gave birth to her first child with husband Luke Bryan in March 2020, shared a thoughtful post about her post-baby body." In her Story, Maren underlined Luke's name to highlight the mistake and wrote along with it, "I guess the cat's outta the bag," while tagging the Entertainer of the Year winner at 2021 ACM Awards. 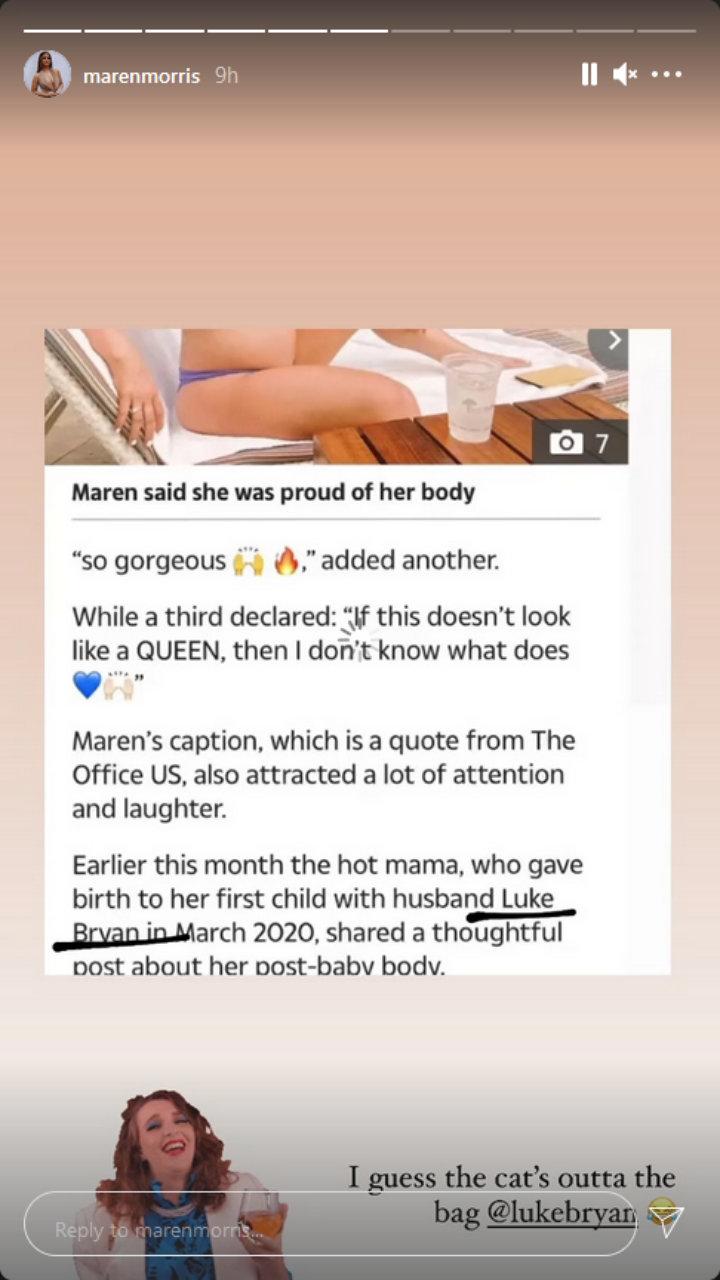 Maren, in fact, shares her 1-year-old son Hayes Andrew with Ryan Hurd, to whom she has been married since 2018. Ryan, who has written No. 1 single for Luke, has also decided to play along with the false narrative. He posted two screenshots of the article and joked, "DAMN YOU @LUKEBRYAN I DEMAND A PATERNITY TEST." 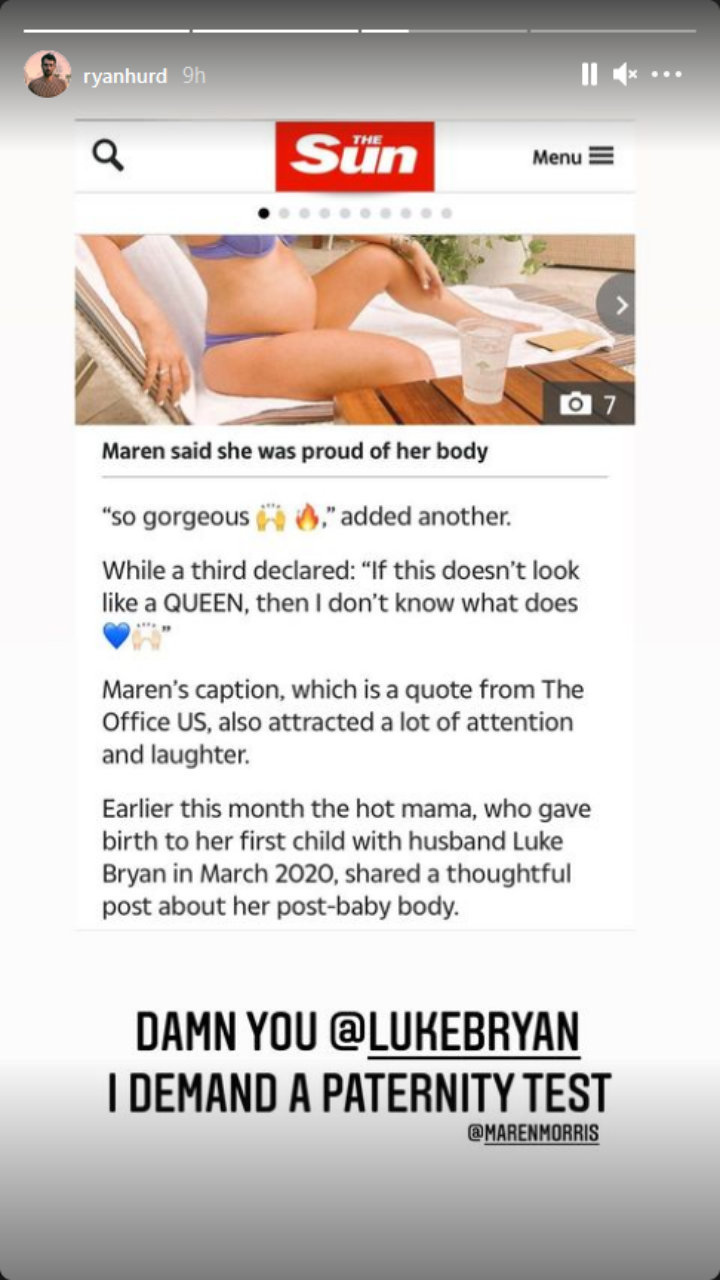 Luke himself has not reacted to the mistaken claim about the paternity of Maren's son. The 44-year-old singer/songwriter is a father to two sons, Thomas Boyer "Bo" Bryan, 13, and Tatum "Tate" Christopher Bryan, 10, whom he shares with his wife of 14 years, Caroline Boyer.

The "American Idol" judge, who was forced to pull out of his ACM performance due to his COVID-19 diagnosis, recently revealed the toughest part of the battle. "It was really, really tough... I went to a whole different section of the house," he shared to Extra. "I didn't see the boys for 10 days... That was tough. I got just a little fatigue... I'm just really, really happy to be back doing 'Idol'. I was heartbroke to miss last week [sic]."

Celebrities Who Speak Against COVID-19 Vaccine