Organizers update the announcement of the 'Comic-Con Special Edition' on the official website with an explanation as to why they chose the date, citing a 'very packed Convention Center calendar.'

AceShowbiz - San Diego Comic-Con has defended its scheduling after it sparked criticism for choosing to hold its postponed event on an annual holiday. After fans and talent expressed displease with organizers' decision to set the in-person convention over Thanksgiving weekend, the organization took to the official website to explain the slot.

In an updated announcement, organizers cited "a very packed Convention Center calendar" as the reason why it chose the date. "As conventions and events have had to cancel their in-person shows or have converted to virtual formats during the pandemic, some have been postponed to later years while others have been rescheduled to the later part of 2021, resulting in a very packed Convention Center calendar," it explained.

The organization went on elaborating, "When reviewing dates for an in-person event, it was clear that available meeting and exhibit space would limit our options. Of the dates presented with the fewest restrictions, Friday through Sunday of Thanksgiving weekend seemed to be the best balance of available space and our envisioned event."

It then offered solution to fans, "As longtime fans ourselves, we have attended many conventions over that holiday weekend, opting to spend Thanksgiving day with family and the rest of the weekend with friends and our families of choice. While this is not unusual in the convention trade, we understand this choice is not optimal for everyone."

The organization announced on Saturday, March 27 that the "Comic-Con Special Edition" is going to take place over the Thanksgiving weekend, on November 26-28 at the San Diego Convention Center. "While we have been able to pivot from in-person gatherings to limited online events, the loss of revenue has had an acute impact on the organization as it has with many small businesses, necessitating reduced work schedules and reduction in pay for employees, among other issues," said David Glanzer, spokesperson for the nonprofit organization, "Hopefully this event will shore up our financial reserves and mark a slow return to larger in-person gatherings in 2022."

The announcement was met with backlash, with "Light of the Jedi" author and Daredevil comics write Charles Soule opting to miss out the convention. "So they scheduled #SDCC on the same weekend as the first chance most families will (hopefully) be fully able to celebrate Thanksgiving in two years. See you in 2022!" he tweeted.

"Fantastic Four" comic books writer Dan Slott echoed the sentiment. "My family missed Thanksgiving last year because of the pandemic. This year, we'll all be vaccinated. There's no way I'd be attending any event instead of spending that time with them. Even if everything were magically back to normal," he wrote on Twitter. "I can't imagine others feeling differently." 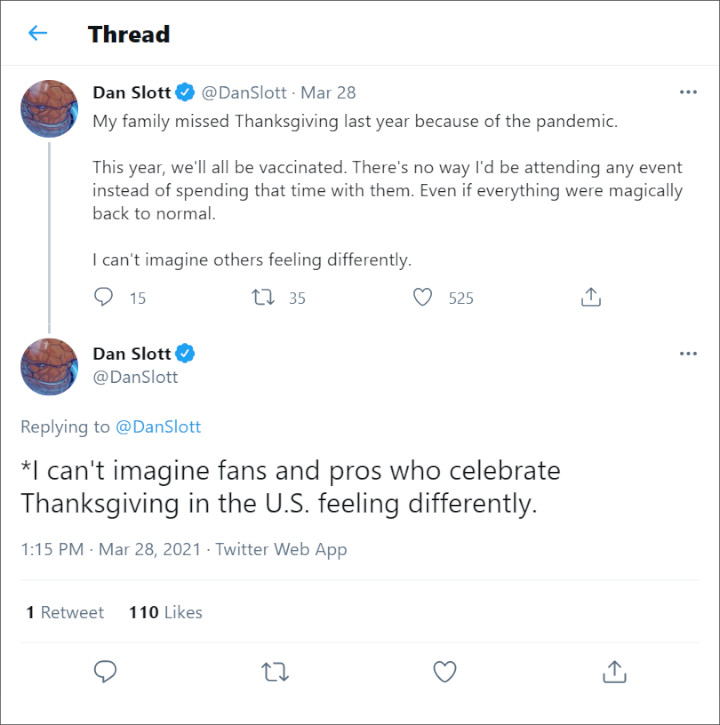 Another expressed the dilemma over the scheduling, "So many people go to Comic-Con for fun, but so many people also go for work. We all missed Thanksgiving with our families in 2020. Could we... not?" 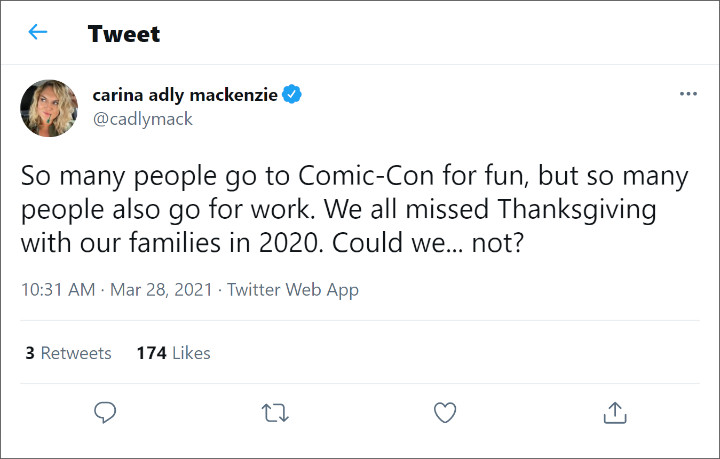 "A Thanksgiving #ComicCon? WTF? Am I supposed to wait in line for Hall H while eating leftover stuffing and cranberry sauce? #SDCC," a fan posted on Twitter. Responding to the question, Entertainment Weekly writer Gerrad Hall advised the fan, "No, you aren't. No one should go to this. I can't imagine any talent will." 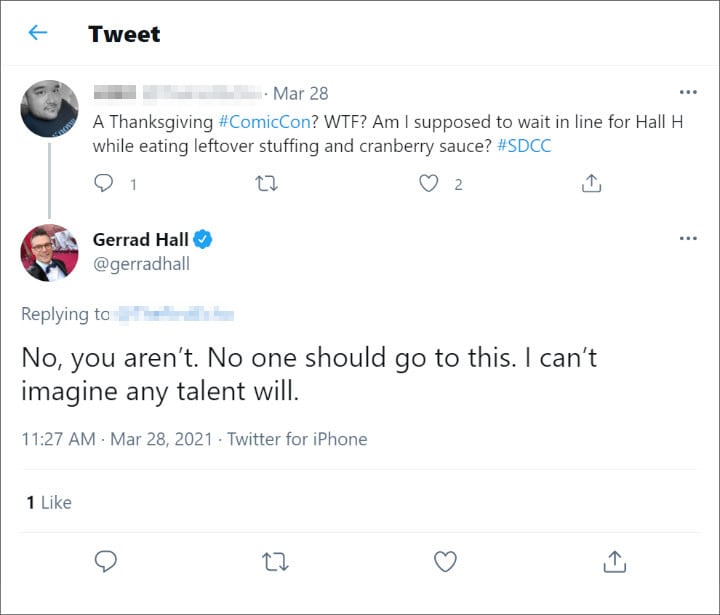 Details of the three-day convention, including badge cost, attendance capacity and related information, will be announced at a later date.

Ed Sheeran Denies Quarantining With Julia Roberts to 'Save Money'