Celebrating his return as the Marvel character after filming shutdown since March, the Falcon/Sam Wilson depicter shares an image of himself suiting up on the Czech Republic set.

AceShowbiz - Anthony Mackie is celebrating his return to "The Falcon and the Winter Soldier" set with a behind-the-scenes photo.

The actor took to Twitter on Tuesday (September 15) to share an image of himself suited up as the Falcon/Sam Wilson on the Czech Republic set of the series. 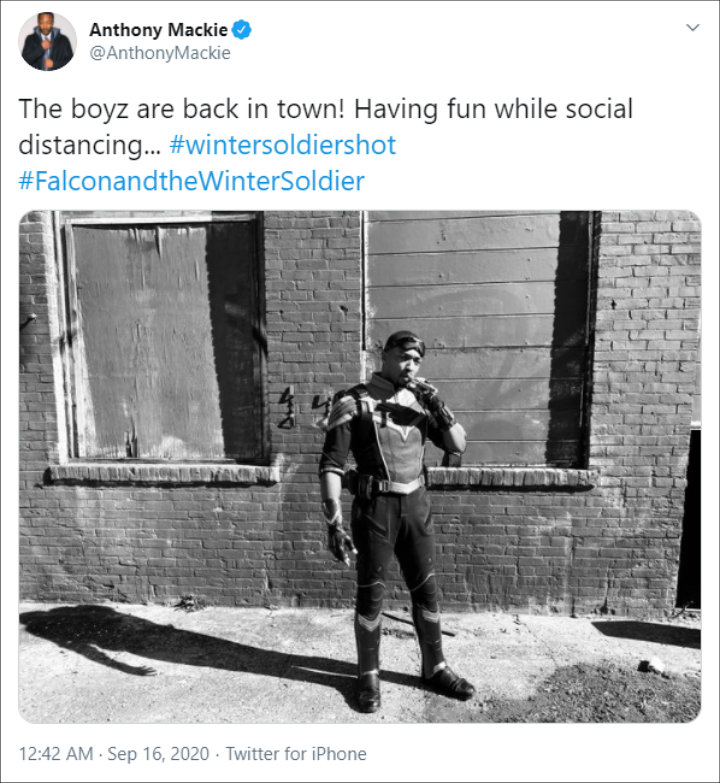 Anthony Mackie shared an image of him suiting up on the set of 'The Falcon and the Winter Soldier'.
See also...

Bosses at Marvel have since confirmed production on the Disney+ show has resumed after it was shut down in March due to the COVID-19 pandemic. The playful photo of Mackie was taken by his co-star Sebastian Stan, who portrays the Winter Soldier/Bucky Barnes in the series.

Stan posted his own photo on Instagram, featuring the pair several feet away, poking fun at his on-set relationship with Mackie in the caption.

'The Falcon and the Winter Soldier' Resumes Filming in Prague

'The Falcon And The Winter Soldier', 'Loki' Among Marvel Shows to Halt Production Due to Coronavirus