T.I.'s Pregnant Stepdaughter Looks Pissed as She Drives Her BD Around and Pays for His Meal

In a post shared on Instagram Stories, Zonnique Pullins looks less than pleased as she stops by a restaurant with Bandhuta Izzy, who writes, 'She hate goin' out wit me.'

AceShowbiz - It looks like Bandhuta Izzy has done something that made his pregnant girlfriend Zonnique Pullins pissed. The rapper recently documented his outing with the stepdaughter of T.I., and it's safe to say that she is less than pleased throughout their morning date.

In one of the posts shared on Instagram Stories, Zonnique could be seen behind the wheels as she looked somewhat pissed. "Hope my child don't get that big a** head, imma still love her doe," so he wrote along with the photo. The pair then stopped by a restaurant to have some breakfast, and Zonnique still maintained her poker face. 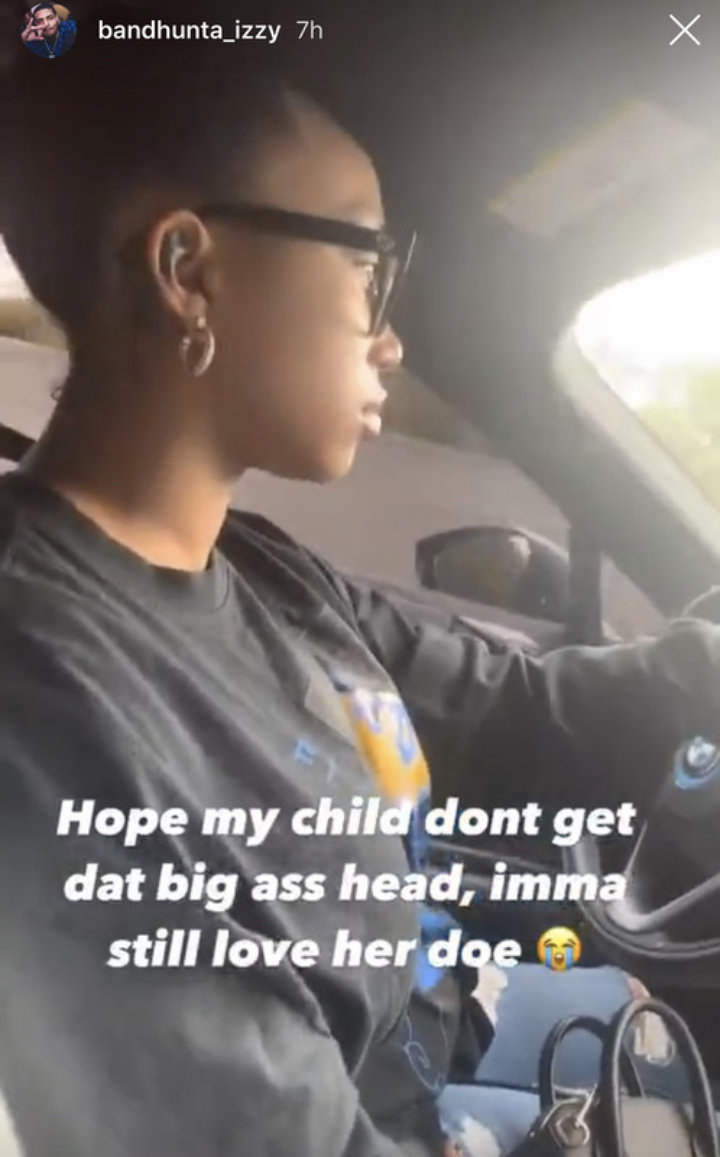 "She hate goin' out wit me," Izzy said in the caption of the clip, that showed Zonnique holding some money with a stern look on her face. It's safe to say that the female musician was the one paying for their bill. 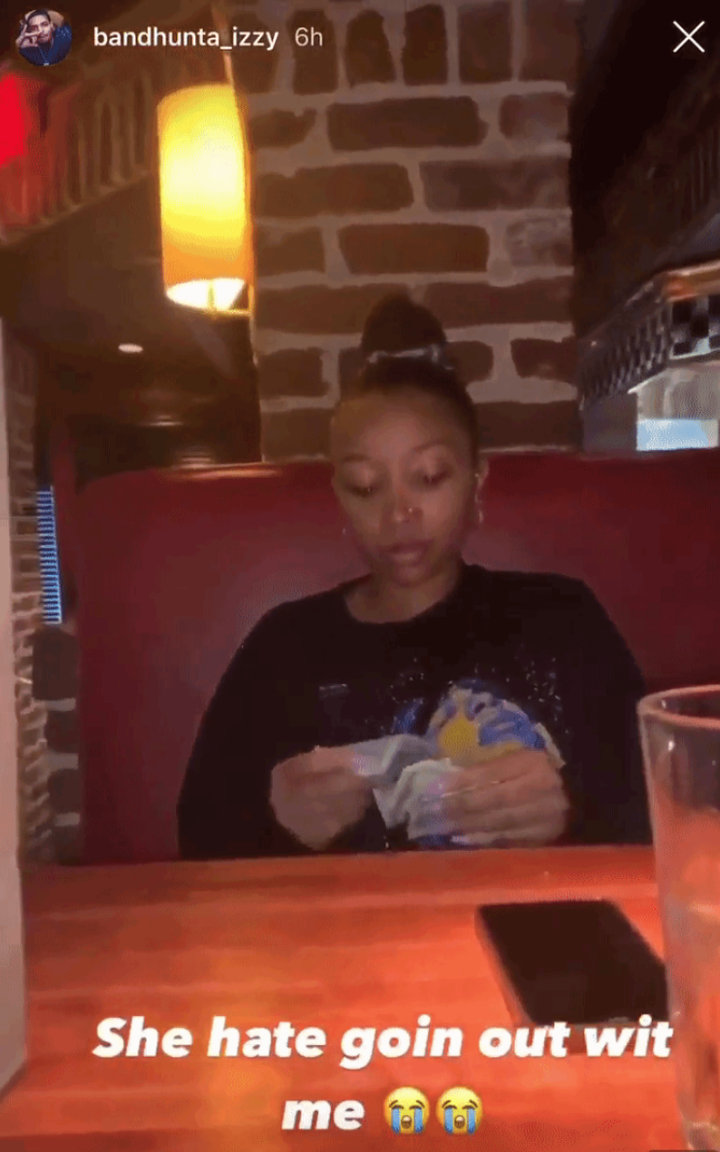 Zonnique and her boyfriend stopped by a restaurant.

It's unclear why Zonnique didn't seem too pleased hanging out with her baby daddy. However, just the night before, Izzy had a night out with his friends at a strip club and he posted footage of their fun night on Instagram Stories. Thus, a number of people assumed that him going to a strip club was the reason Zonnique looked mad.

"Her face screams 'I made a mistake and I'm gonna live with it for the rest of my life,' " one person pointed out, as another chimed in, "At least keep this stuff private instead of broadcasting her sad face to the world and laughing about it."

Zonnique confirmed that she's expecting her first child with Izzy earlier this month, surprising her rapper stepfather T.I. She said in an interview, "It really sucks being pregnant during the coronavirus. At first, I'm like, 'This is the perfect time, like everybody is locked in. I don't have to worry about going out. So if I want to hide it for however long, I can hide.' I'm hoping by the time I'm ready to have the baby it will be over with."

Michael B. Jordan Allegedly Dating a Palestinian and Gucci Employee