The 'Hot Right Now' singer comes under fire for alleged 'blackfishing' and cultural appropriation after fans discover both of her parents are white Albanians.

AceShowbiz - Rita Ora has been accused of 'blackfishing' on social media after users were shocked to discover both of her parents are white.

The term 'blackfishing' is used to describe the process by which people use make-up, cosmetic procedures and more to present themselves as racially ambiguous - an allegation that's been levelled at "Hot Right Now" star Rita.

One amazed user wrote, "finding out rita ora isn't black at all and both of her parents are white albanians is so trippy. the girls BEEN blackfishing." Alongside the post, they included photos of Rita with both parents, who are from Prishtina, Kosovo.

Other snaps in the gallery included Rita wearing braids as well as a blonde afro, leading to further allegations of "cultural appropriation" from fans on the social media site. 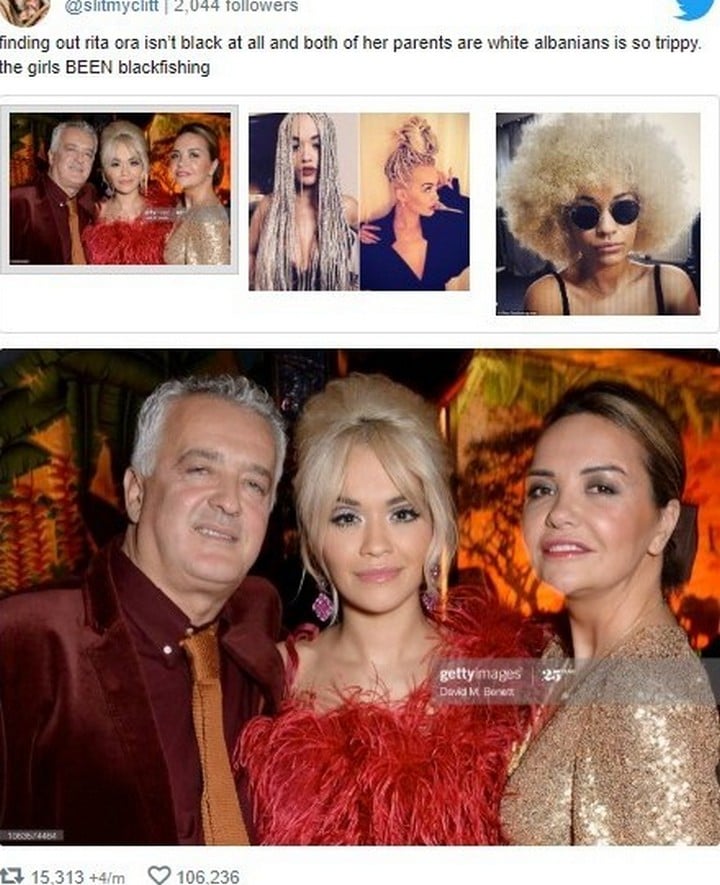 Rita Ora went viral on Twitter because of her parents

"rita ora not being black .... so she's been blackfishing and culture appropriating this whole time," wrote one fan while another added, "Wait hol (sic) on hold on... I thought she was black for the longest time."

"I don't know who needs to hear this but... throwing on an afro and some braids does not make you black. If black people collectively stopped one drop ruling biracials and mixed people into blackness, this wouldn't even be a discussion," explained a third user.

Several fans also suggested the star tried to appear mixed race to pull off an "edgier" look, with others accusing Rita, who was previously managed by Jay-Z's Roc Nation, of trying to imitate fellow pop star Rihanna.