The 35-year-old daughter of Ozzy and Sharon Osbourne surprises the public as she debuts her slimmed-down body as well as new hair look in an Instagram selfie.

AceShowbiz - Kelly Osbourne is celebrating her new body after going through a transformative weight loss journey. The daughter of Ozzy Osbourne and Sharon Osbourne has drastically lost 85 pounds in the wake of her decision to put herself first, and was bragging that she is now "feeling Gucci."

The former star of "The Osbournes" surprised the public when she took to Instagram on Monday, August 3 to share a new photo of her in a Gucci outfit with her purple braided bun. It captured her looking way slimmer than she used to be. Along with it, she wrote in the caption, "Today I'm feeling #Gucci."

The 35-year-old's post has since received comments from many, including one from the mother of "The Real" co-host Jeannie Mai who pointed out, "Oh my gosh, you lost a lot of weight." In a response, she wrote back, "That's right mamma Mai I lost 85lbs since I last saw you." She continued, "Can you believe it? Kaakakaka."

Days later, on August 8, the "Dancing with the Stars" alum turned to Instagram story to share a photo of her holding up a clothing tag showing size 26. "Yes … I'm bragging," she wrote over the picture, "because I worked hard and it feels good!!!" 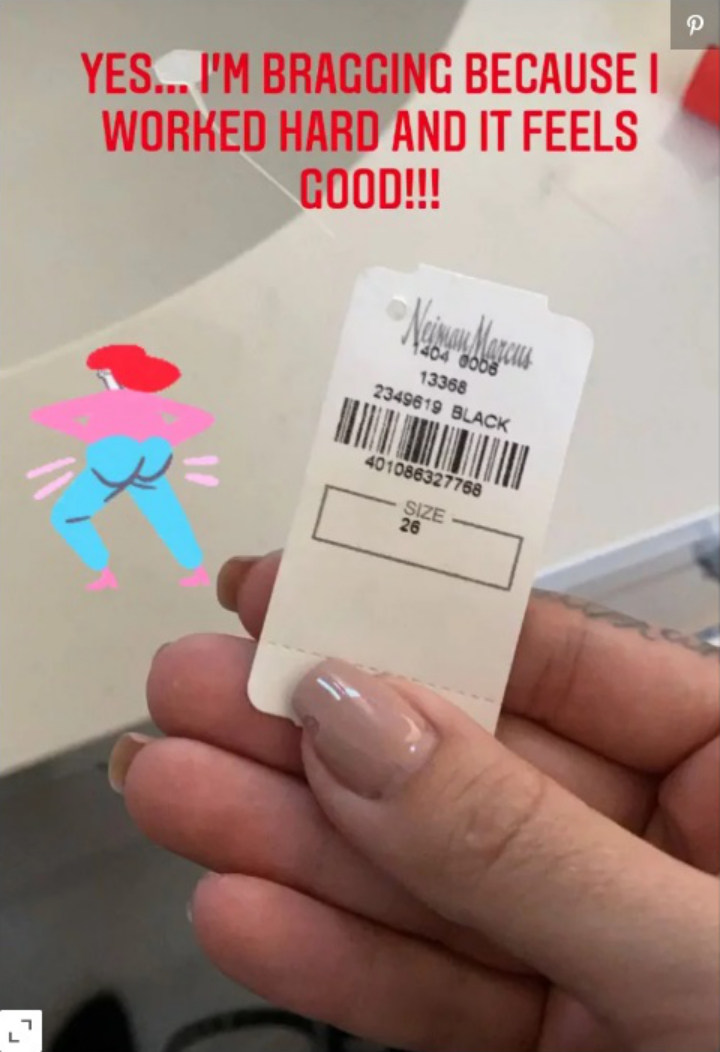 Kelly Osbourne bragged about her fitting into a 26-sized clothing.
See also...

Kelly followed it up with another snapshot of herself in braided-purple pigtails. For the post wherein she jokingly called herself "Kelly Longstocking," she further got positive feedbacks from fans. One gushed she was "almost unrecognizable." Another one praised, "You are ALWAYS so beautiful!!" A third added, "You looks STUNNING." 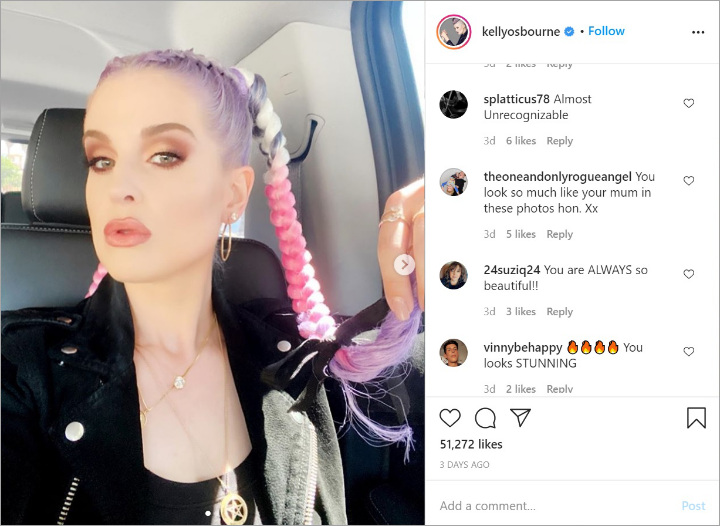 Kelly Osbourne got positive feedbacks for her weight loss transformation.

Apparently, Kelly was successful in making self-care her priority. In the beginning of the year, the TV personality posted her reflection of 2019, and vowed to put her needs first. "2019 has been one hell of a year," she began the post. "In many ways it has been amazing especially in terms of self-growth. In many ways it has been gut-wrenchingly difficult."

"However through all the good and bad it has been incredibly educational for me. I have come to the realization that I constantly put the needs of others before my own," she continued. "Well this all STOPS today. 2020 is going to be the year of me!!! It's time to put myself first, stop taking on other peoples shit and be the bada** sober women I was born to be."

Kelly has always been open to fans about her diet struggles. She adopted a vegan diet in 2012, and six years later, she confessed in an Instagram Story post, "I really miss eating cheese, so today I tried 'vegan shell pasta and creamy sauce,' aka Mac and cheese … you cannot tell the difference. I used to think being a vegan was boring. Now I have more fun with food now than I ever have before."

Cady Groves' Cause of Death Blamed on Complications From Alcohol Abuse