Rickey Smiley's Daughter Is Home After Hospitalized Due to Shooting, Shows Gnarly Stitches

In several Instagram Story clips, Aaryn Smiley also shows her enduring 'the worst pain' she's ever felt in her entire life as she takes a few steps using a walker.

AceShowbiz - Rickey Smiley's daughter is back home after being hospitalized due to a shooting that left her needing a surgery. On Thursday, July 9, Aaryn Smiley took to her Instagram Story to show a car that seemingly came to pick her up from the hospital.

In the video, Aaryn sat on the wheelchair while waiting for her ride, when the white sedan pulled over in front of her. She couldn't hide her excitement as writing in the caption of the post, "I'M GOING HOME!!!!!" 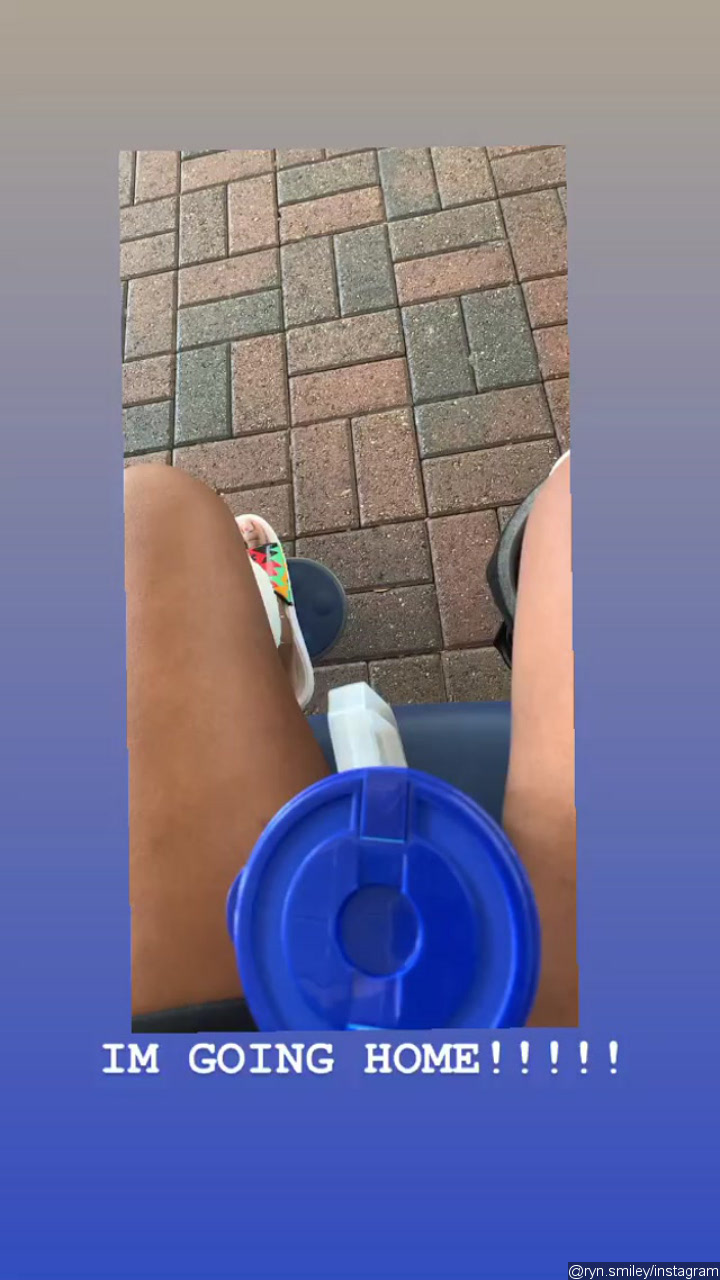 Earlier that day, Aaryn shared several videos which show her learning to walk using a walker while she was still in the hospital. Still wearing her hospital gown, she managed to take a few steps despite enduring "the worst pain I've ever felt in my entire life." 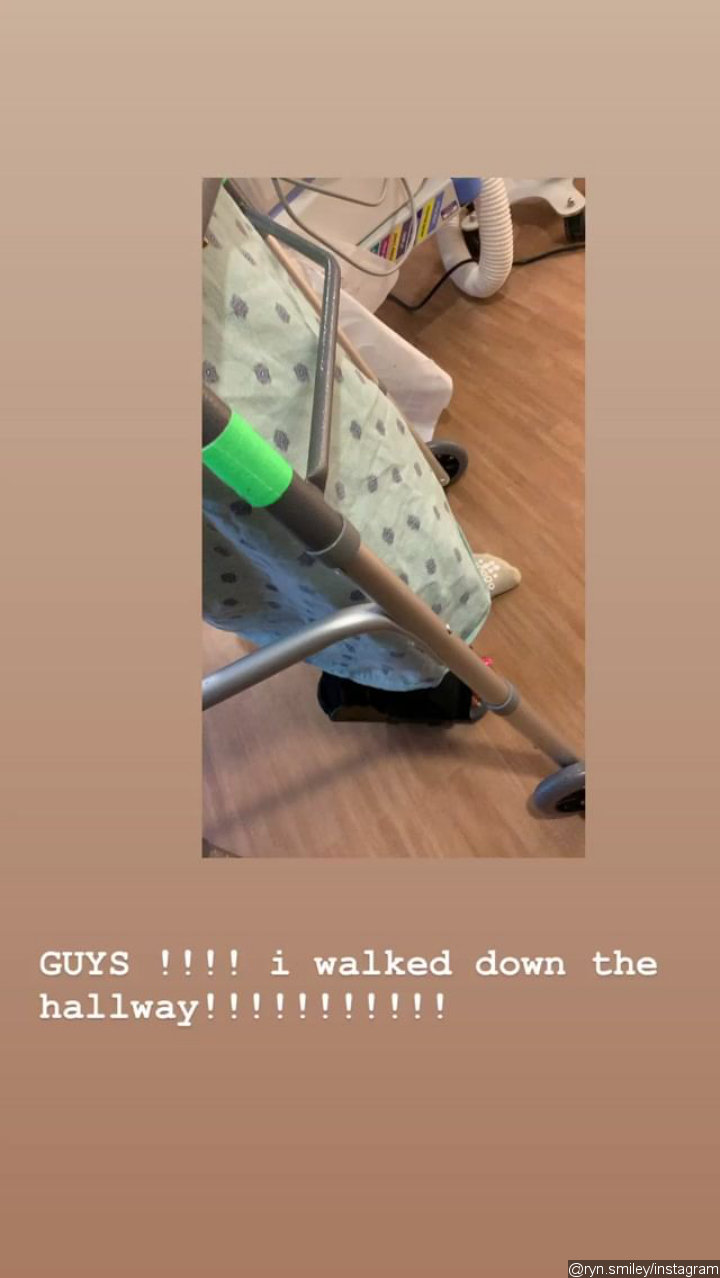 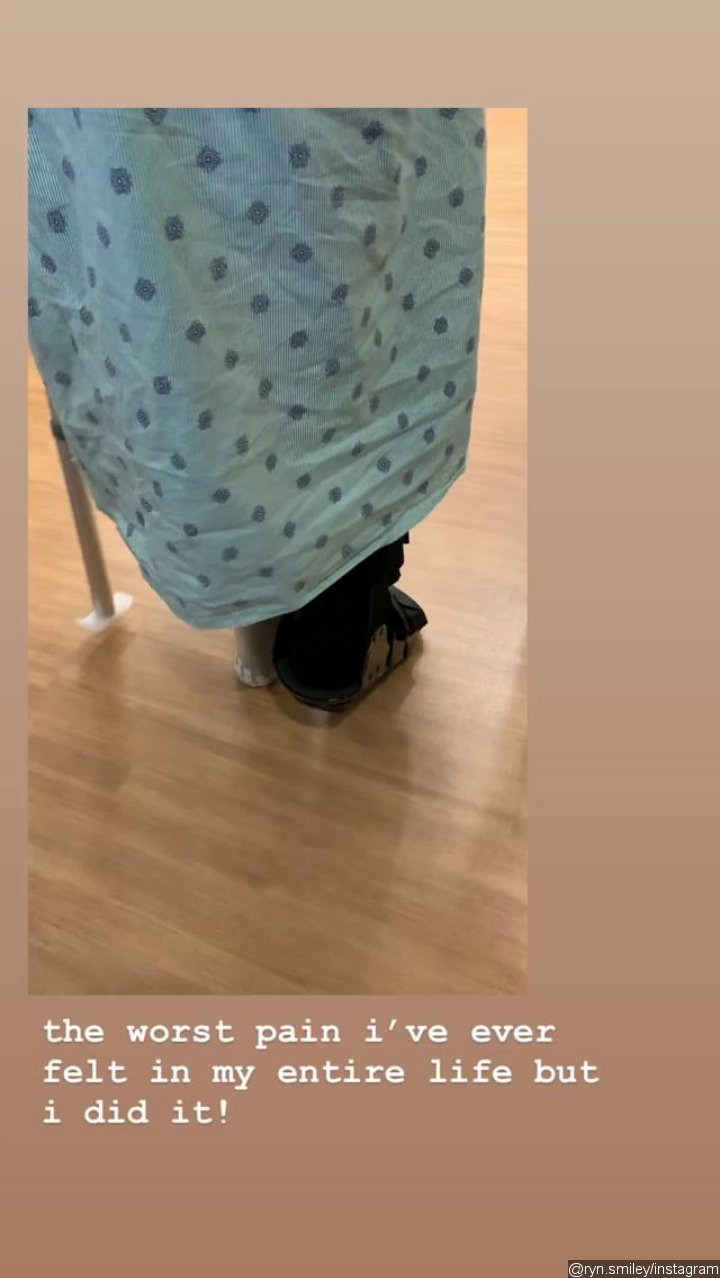 The daughter of the comedian also posted two photos of gnarly stitches on her leg, which was operated after it got struck with a bullet. "saw it for the first time today," she wrote over one of the photos, before admitting that the sight "made me really sad." 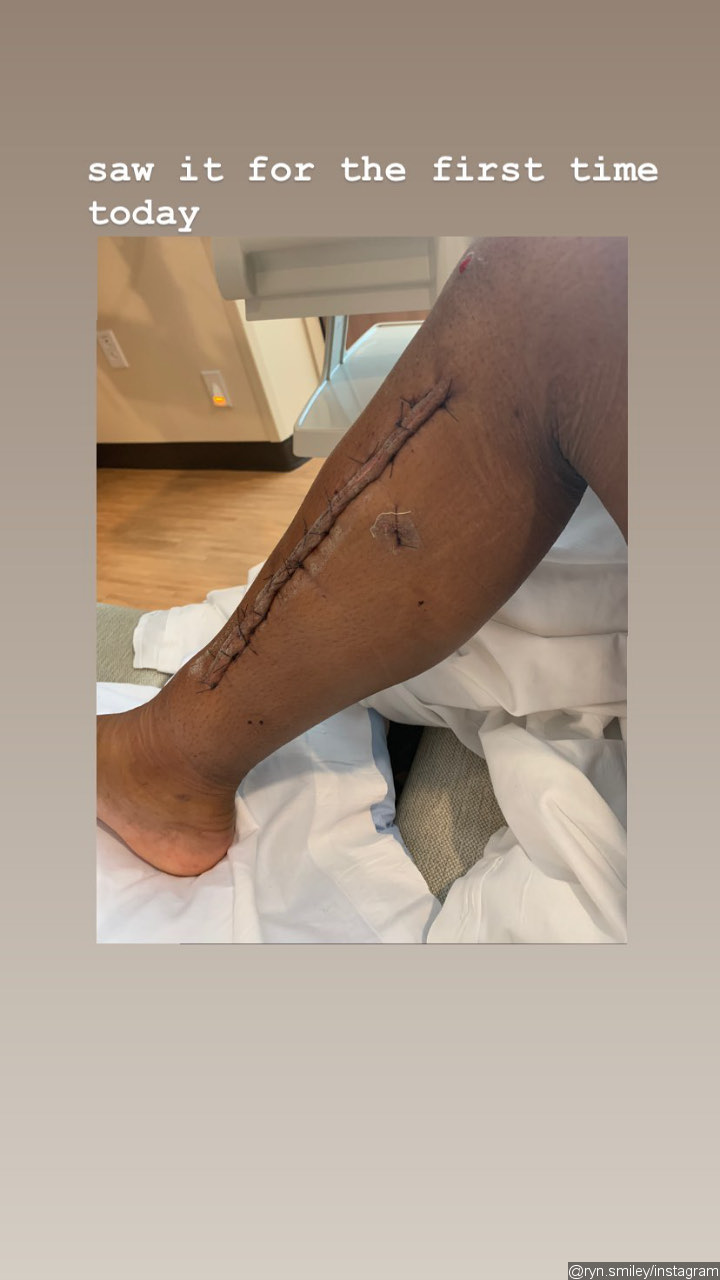 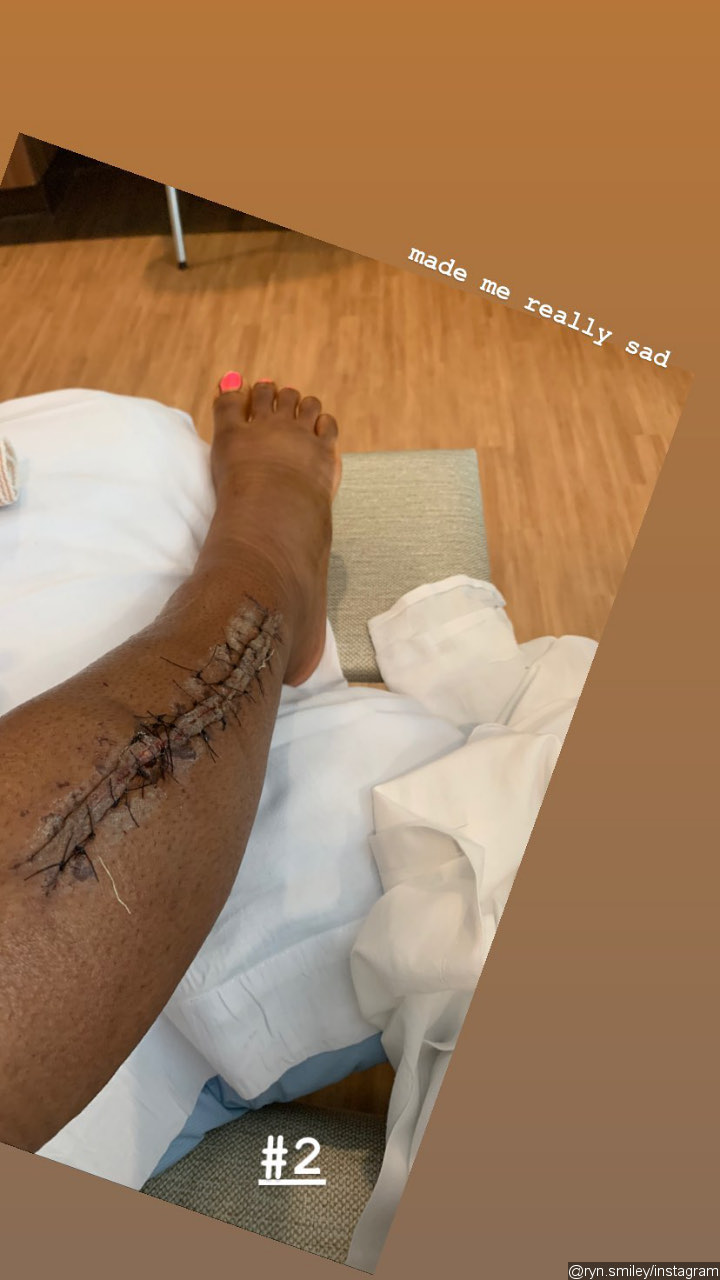 In an emotional interview on her dad's radio show on Thursday morning, Aaryn detailed the harrowing incident that took place on Sunday in Houston. She said she and her boyfriend were going to get food at Whataburger and their car stopped at a red light when another car in the right lane began firing.

She said the vehicle aimed at another car sitting in the middle lane, but "clearly their aim wasn't top tier because I got hit." Aaryn was shot three times, while three men in another car were suffering non life-threatening injuries.

Aaryn said she didn't realize it at first that she got shot with bullet, initially believing the gunfire had been fireworks and that she was struck by a stray spark. "It was hot and it was quick," she recalled. "I looked down, and I was gushing blood. I didn't know I had been shot in my left leg only because it had went straight through and the bullet had only stayed in my right leg. I was trying to put as much pressure as I could."

Aaryn said she blacked out for five minutes, as her boyfriend took her to a nearby hospital and carried her into the emergency room. "I remember seeing the blood and it all just went dark. And then I woke up on the table," she said, adding that she lost about "five pints" of blood and had to receive a transfusion.

Remaining positive after the ordeal, the 19-year-old said, "I'm okay. I'm happy to be alive. I'm just happy to be here." 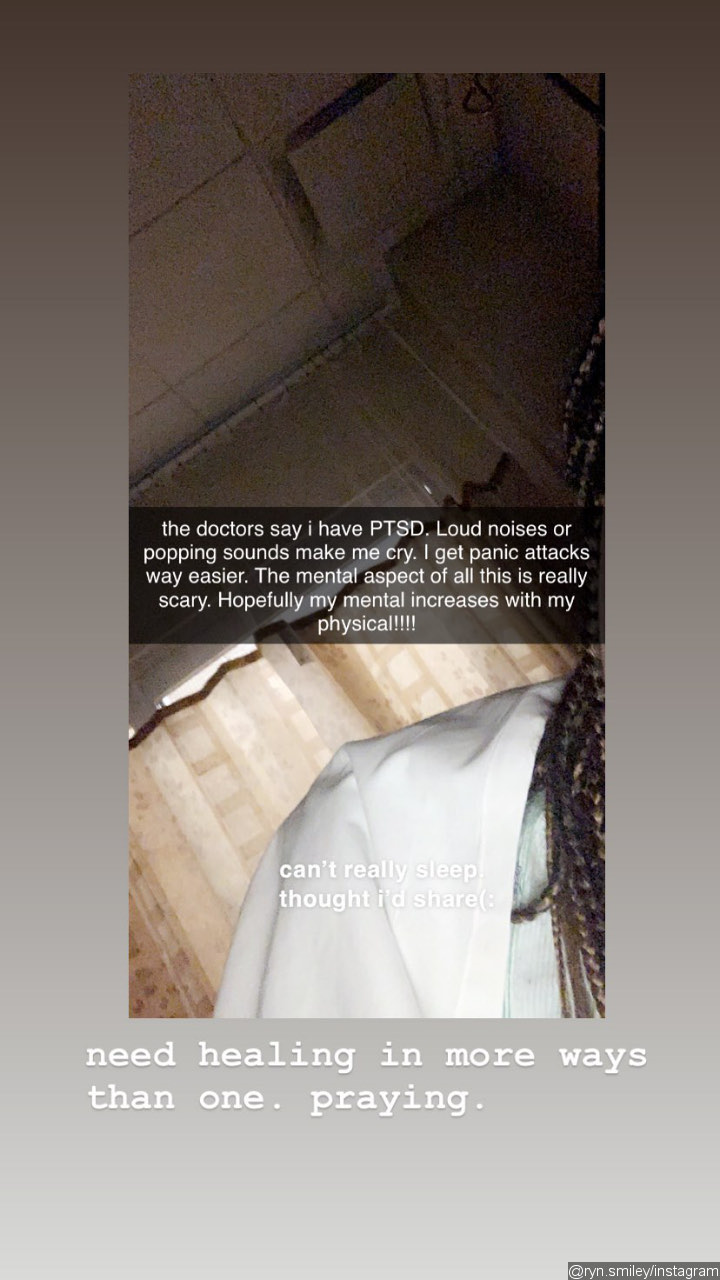 One day before, Aaryn opened up about the psychological toll the incident has taken on her. "The doctors say I have PTSD," she shared on her Instagram account Wednesday. "Loud noises or popping sounds make me cry. I get panic attacks way easier. The mental aspect of all this is really scary. Hopefully my mental increases with my physical!!!!"