The Denver Nuggets player shares on Instagram Stories a photo of a red plastic bag that is filled with the likes of fresh garden greens, watermelon and roasted summer vegetables among others.

AceShowbiz - Basketball players participating in this season of the NBA have finally arrived at the Orlando bubble and aren't allowed to leave until their respective teams' seasons come to an end. Some have started documenting their time there on social media, including Troy Daniels, who successfully blew people's minds when he showed the food being served inside the bubble.

Daniels took to Instagram Stories to share a couple of photos of his first meal. To everyone's surprise, it was far from the word grand. Inside the red plastic bag that was sent to his hotel room were fresh garden greens, watermelon, tomato and mozzarella caprese salad and roasted summer vegetables among others. 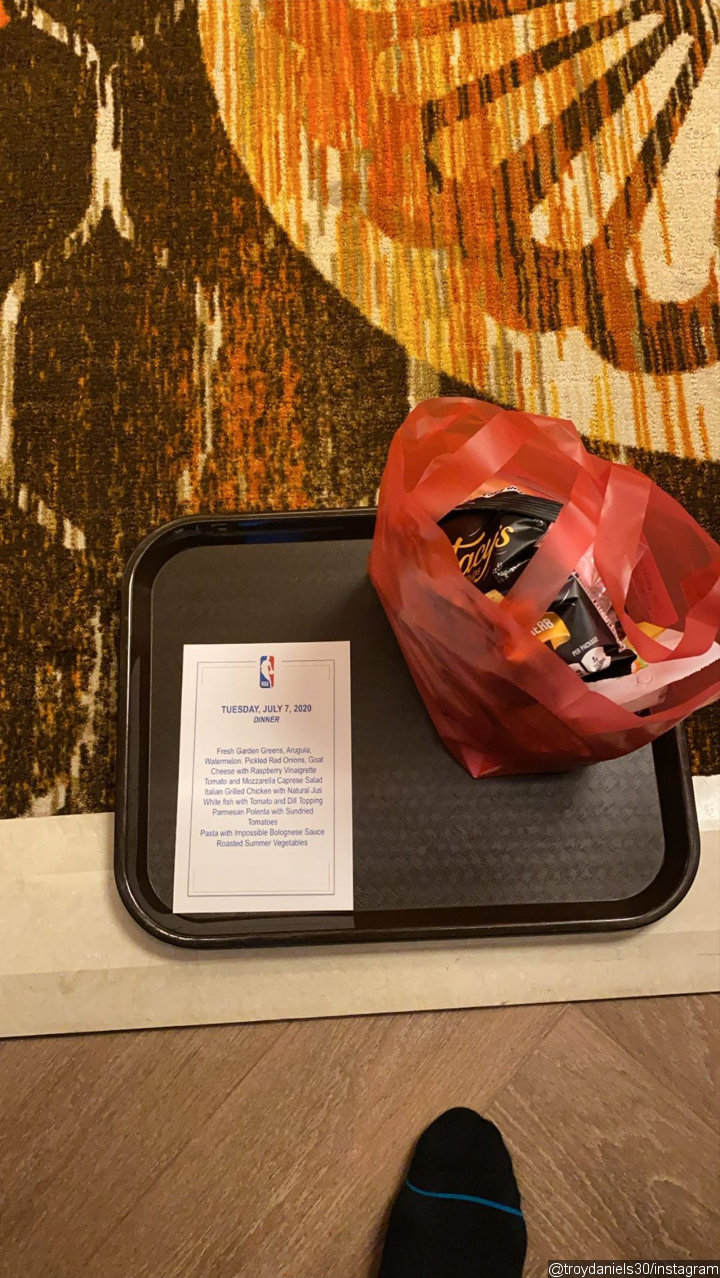 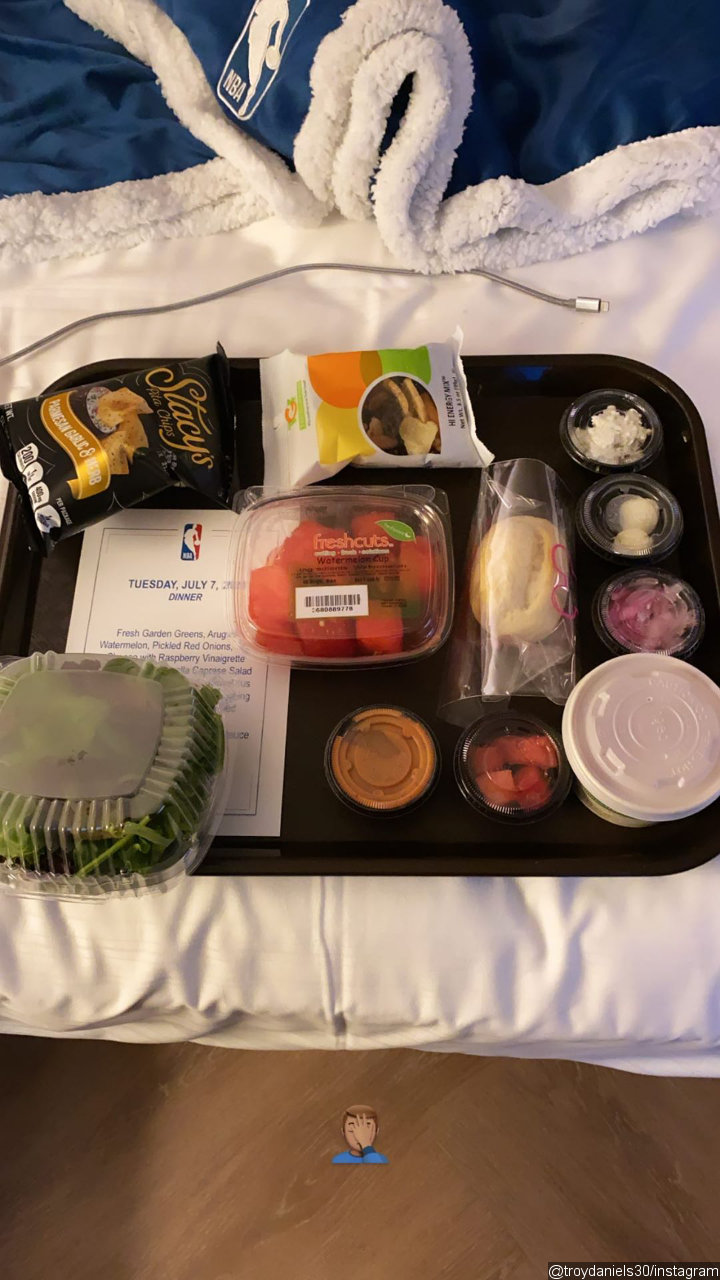 Looking at the meal being served inside the bubble, people couldn't help but compare it to the likes of airport meals, prison meals and even the infamous Fyre Festival food. "Them Boys eating like they at The Fyre Festival!! Lmao," one said. "They expect the best players in the world to perform off of this s**t?" another wondered.

"Troy Daniels tossing room service out after dropping off a granola bar and some trail mix," one other person commented, as an individual wrote, "The pandemic NBA season is basically the Fyre Festival."

Not a few even started joking that LeBron James would not get the same treatment. "lebron still eating his five star meals looking at troy daniels' paper bag lunch," one quipped. "LeBron scrolling across Troy Daniels food while eating a 5-star meal, prepared by his chef," someone echoed the sentiment. "LeBron getting ready for the @NBA bubble while Ja Rule bringing Troy Daniels one of those Fyre Festival bag lunches," one other said.

There was also someone who wrote, "Nah bruh... that's what's Troy Daniels is eating.... don't get it twisted... Lebron, kawhi, giannis ain't eating that shit!!!???!!" On the other hand, an individual commented, "Imagine putting your health at risk and Disney feeds you Michelin Star Fyre Festival catering."

Sylvester Stallone Mourns the Lost of 'Spunk and Fearless' Mother