The model's criticism comes in the form of a tweet respoding to Senator Jeff Merkley who slams American Airlines for being 'incredibly irresponsible' for 'facilitating spread of COVID infections.'

AceShowbiz - Chrissy Teigen is known for being outspoken. The supermodel isn't stranger to openly criticizing things on her social media accounts, and recently she took aim at American Airlines after the company announced that they would be resuming full-capacity flights despite the spike of COVID-19 cases in the U.S.

Quote-tweeting a post from Senator Jeff Merkley in which he blasted American Airlines for being "incredibly irresponsible" for "facilitating spread of COVID infections," Chrissy said on Friday, July 3, "Not to be dramatic but American Airlines only cares about money and doesn't care if you get sick and die." 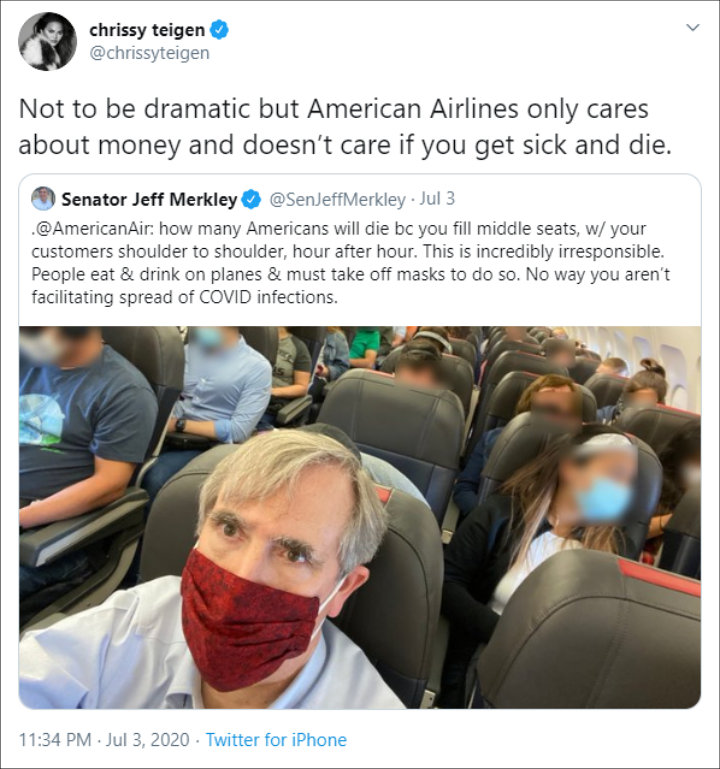 Actress Mia Farrow also echoed the wife of John Legend's sentiment in her own tweet. "No one should fly on @AmericanAir or @united because they sell middle seats & pack in passengers at full capacity. Their greed is putting our lives at risk," she urged her followers.

U.S. Senators Elizabeth Warren and Bernie Sanders also took to their accounts to weigh in on the matter. "American Airlines is recklessly endangering millions of lives just to make a profit. They should fully refund passengers who don't feel safe flying with the airline--just like @EdMarkey and I urged them to do three months ago," Elizabeth tweeted. 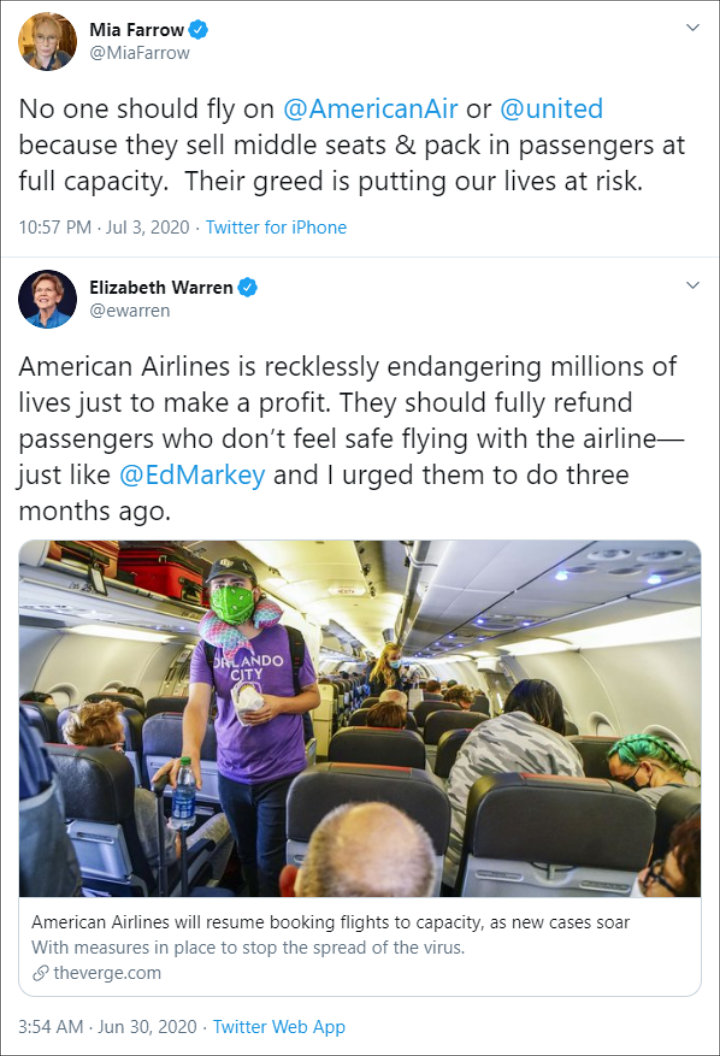 Mia Farrow and Elizabeth Warren also weighed in on the matter.

Meanwhile, Bernie questioned, "How on earth can airlines-in the middle of pandemic-fly their planes at full capacity?" He went on to write, "I am demanding federal action to require social distancing, mask-wearing, and disinfection in planes and airports. We must put the safety of passengers and workers ahead of corporate profits." 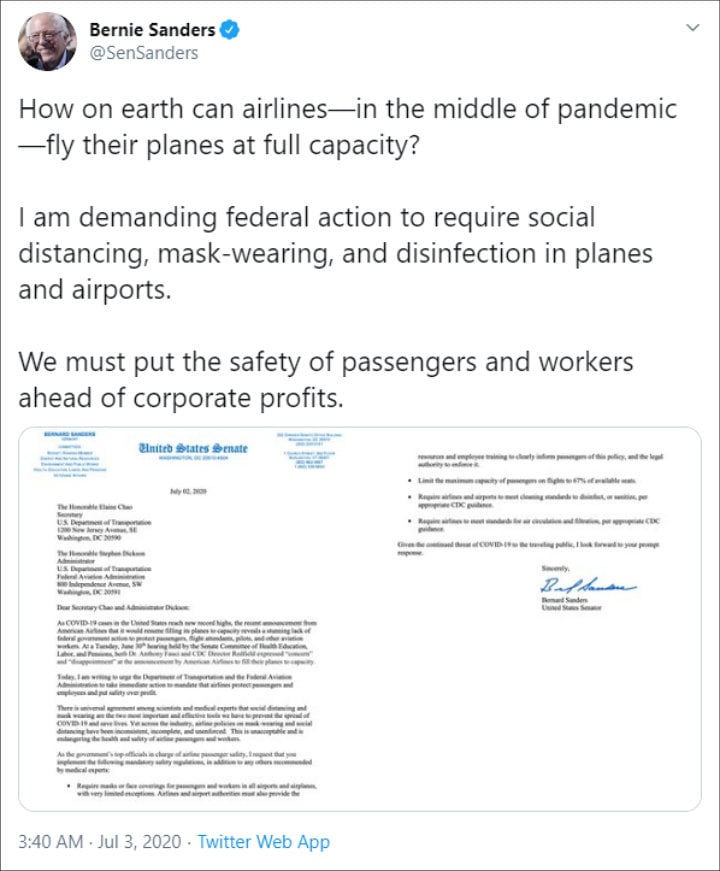 American Airlines announced on Tuesday that it would stop blocking off seats to limit capacity of their flights amid the pandemic. Also doing the same are United Airlines, Spirit Airlines and Allegiant Air.

In its statement following the backlash, American Airlines said, "We are unwavering in our commitment to the safety and well-being of our customers and team members. We have multiple layers of protection in place for those who fly with us, including required face coverings, enhanced cleaning procedures, and a pre-flight COVID-19 symptom checklist - and we’re providing additional flexibility for customers to change their travel plans, as well. We know our customers are placing their trust in us to make every aspect of their journey safe, and we are committed to doing just that."