The woman who accused the 5 Seconds of Summer frontman of sexual assault has withdrawn her claims, saying the person who assaulted her was someone else and apologizing for her blunder.

AceShowbiz - A Twitter user who claimed 5 Seconds of Summer' Michael Clifford sexually assaulted her has withdrawn her allegations about the musician.

As Clifford took to social media on Sunday, June 14, 2020 to apologise for recently resurfaced offensive tweets, a woman, with the Twitter handle @sophiecth5, came forward to claim he'd assaulted her during the band's 2013 tour supporting One Direction. Clifford strenuously denied her claims in a post on Twitter after which the account that had originally tweeted the allegations was deleted.

However, on Monday, a Twitter user with the handle @sophiectth5 tweeted that she'd actually been mistaken - and the person who assaulted her was actually someone else.

"Today, I found out that I've been wrong for almost seven years. Today I found out that my offender is dead," the user, who identified herself as Sophie H, wrote. "My offender IS NOT MICHAEL CLIFFORD. HE NEVER TOUCHED ME, HE NEVER SAID THOSE THINGS TO ME. He's innocent."

"I know there's literally nothing I can do to change what I said yesterday and I wish, with my whole heart, there was a way to erase everything. All I can do is say that I'm completely sorry, surprised and heartbroken."

She continued, "I'm sorry Michael. I'm completely sorry for being wrong about you and the damage I may caused (sic)."

Alongside her Twitter post, Sophie wrote, "Please don't send hate. Reliving everything is k*lling me but as I said, I never lied and I NEVER WILL. This is the truth. Thank you and I'm sorry, forever."

Neither Clifford nor 5 Seconds of Summer had commented on the new statement as WENN went to press. 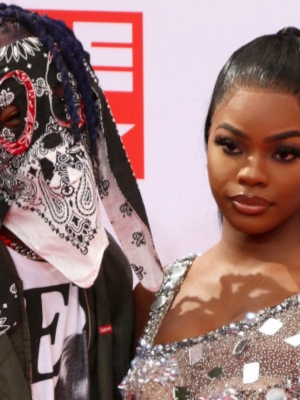