Vowing to become an ally in the fight against racism, the 'Burn' singer admits she is 'ashamed' she didn't listen more to the 'voices that have been protesting this for years.'

AceShowbiz - Ellie Goulding has pledged to take racism more seriously in light of a week of Black Lives Matter protests around the world.

The "Burn" singer admits she's "ashamed" she didn't listen more when victims of racial abuse and profiling were speaking to her, and now she is determined to be a better ally.

"After being initially horrified I (spent) the past few days learning and listening, opening my ears to voices that have been protesting this for years and dedicating their lives to it, to voices I am ashamed that I didn’t listen to more, to history I safely and comfortably knew a bit about but not enough," Ellie writes in a statement posted to her social media accounts.

"I'm letting you all know that I am now a student of this forever, so that I can become an ally. I am confronting the truths head on. I am recognizing unconscious bias. I am consciously understanding white privilege and how it got the most of us to where we are now."

"To the protestors out there, I am here for you and here to fight with you." 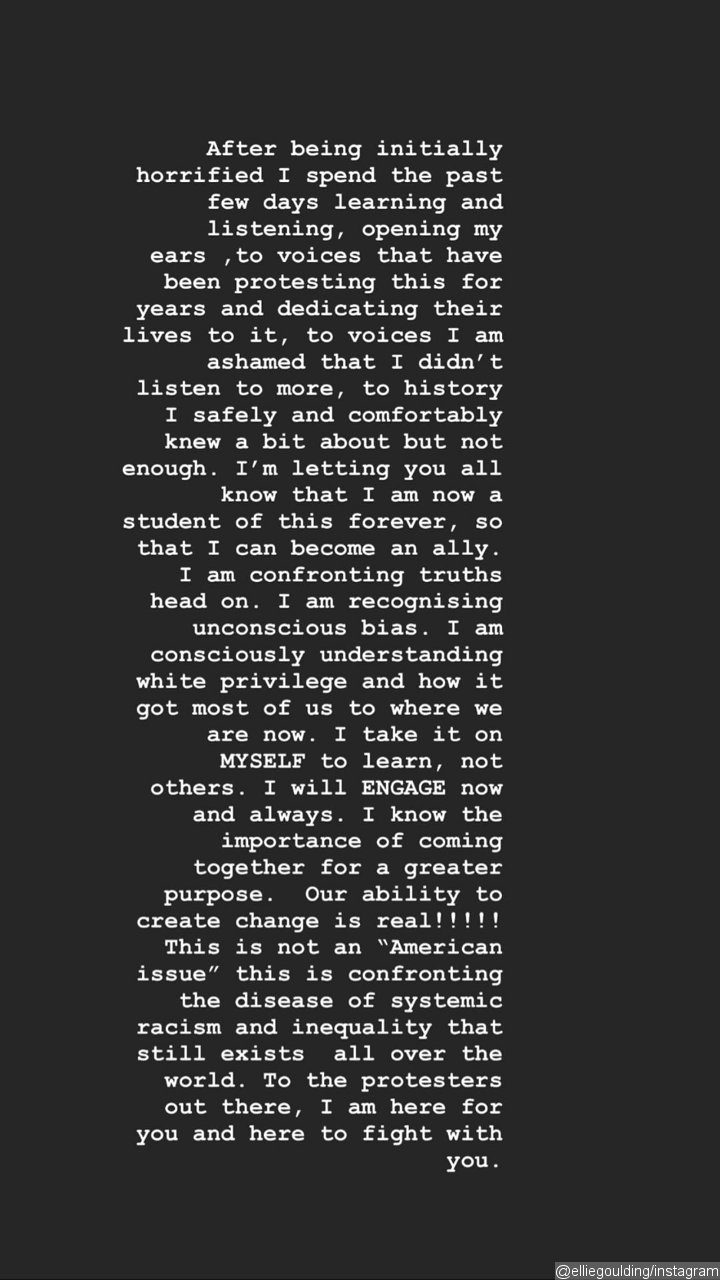 The demonstrations kicked off last week (ends May 29) following the death of George Floyd, an unarmed African-American man who was killed during an arrest in Minnesota when a police officer kneeled on his neck for almost nine minutes.

The cop in question, Derek Chauvin, has been charged with murder and manslaughter and the three other officers at the scene are also behind bars. All four have been dismissed from the force.