The 'X-Men: Apocalypse' actress reveals in new interview that the replaced 'Bohemian Rhapsody' director took 10 days off during filming to fix a 'thyroid issue' without saying anything.

AceShowbiz - Olivia Munn still can't understand why people like Bryan Singer land blockbuster jobs in Hollywood after working with him on her first "X-Men" movie.

The actress reveals she thought it was strange when the director took 10 days off during filming to fix a "thyroid issue" but said nothing at the time because she thought that might be the norm for a big-name moviemaker.

"You see these people who keep failing up, and they're not that great and you think, 'Really?'" the outspoken star tells Variety. "When we shot X-Men, I never shot a huge movie like that before. I didn't know what was right or wrong, but I did know that it seems strange that Bryan Singer could check out and say he had a thyroid issue."

"Instead of going to a doctor (locally) in Montreal, which is a very high-level, working city, he said he had to go to L.A. And he was gone for about 10 days... He said, 'Continue. Keep filming'. We'd be on set, I remember there's a big scene that we'd have, and we'd come back from lunch and then one of Bryan's assistants would come up and show us a cell phone with a text message on it. He texted to the actors: 'Hey guys. I'm busy right now. But just go ahead and start filming without me'."

"I never thought any of it was normal, but I didn't realise that other people also thought it wasn't normal. And the other people who thought it wasn't normal would be people at high levels, people who make decisions on whether to hire this person... This person is allowed to continue to go on. Fox still gives him 'Bohemian Rhapsody', and then we all know what happened."

Singer was fired as the director of the Queen biopic after reportedly insisting on taking a Thanksgiving break and failing to return to work on time. He was replaced by Dexter Fletcher.

Munn believes studio executives should seek out more passionate women and minorities to make movies, rather than risk throwing money at people with questionable reputations.

"I think that if we made way for more of those people and held people accountable, there's so many great human beings out there and directors and artists. It's not just with women but with minorities. And representation matters. You don't know if things are possible until you see other people doing it." 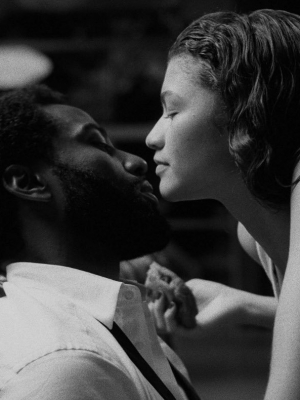