The actress known as Bond girl Pussy Galore in 'Goldfinger' has passed away from natural causes at 94, prompting tributes from Britt Ekland, William Shatner and director Edgar Wright among others.

The beloved British actress, famed for portraying Bond girl Pussy Galore in the 1964 movie, opposite Sean Connery as 007, passed away from natural causes at the age of 94, and franchise producers Broccoli and Wilson were quick to offer up their thoughts on the sad news.

A statement posted on the official James Bond Twitter page read: "Today we mark the passing of a film icon, Honor Blackman who shall forever be remembered as Pussy Galore in Goldfinger. She was an extraordinary talent and a beloved member of the Bond family. Our thoughts are with her family at this time."

Meanwhile, her friend, Swedish actress Britt Ekland, who featured in 1974 Bond movie "The Man with the Golden Gun", paid homage to Blackman on her social media page, writing, "As Pussy Galore, you were one of the first Bond Girls and as Mary Goodnight, I am proud to have followed in your footsteps, we did some fun things together over the years! Rip Honor Blackman".

Other tributes also came from "Star Trek" icon William Shatner, British comedian David Walliams, and director Edgar Wright, who branded Blackman the "ultimate Bond Girl", while her "The Upper Hand" co-star Joe McGann shared a photo of the cast of the 1990s sitcom online and added his memories of working alongside the screen legend. 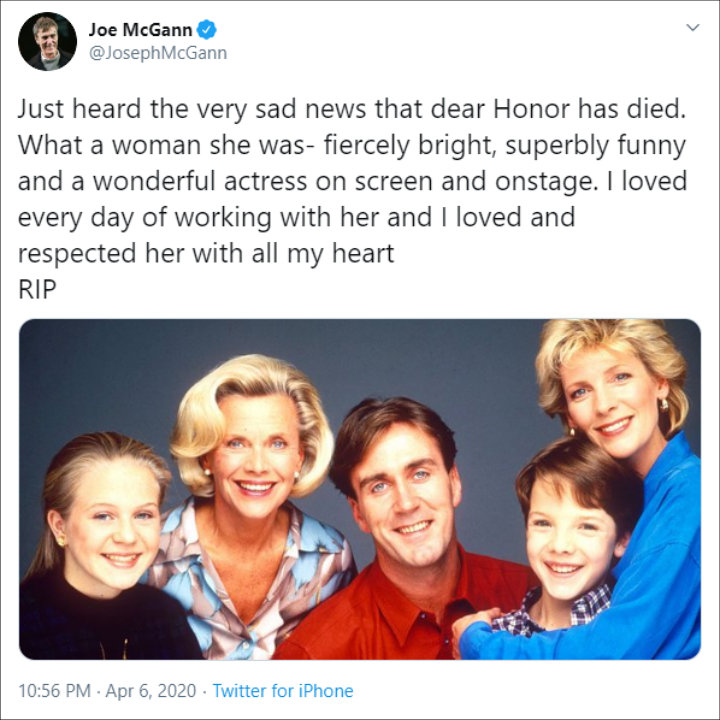 "Just heard the very sad news that dear Honor has died," he posted. "What a woman she was- fiercely bright, superbly funny and a wonderful actress on screen and onstage. I loved every day of working with her and I loved and respected her with all my heart RIP."