Serena Williams and Roger Federer voice their surprise after the oldest Grand Slam tournament, which has been a fixture on the British sporting calendar, gets scrapped for the first time since World War II.

AceShowbiz - The Wimbledon tennis championship has been cancelled for the first time since World War II.

Organisers at the All England Club held an emergency meeting on Wednesday (April 01) to discuss the impact of the ongoing coronavirus pandemic, and it was determined the oldest Grand Slam tournament would no longer take place as planned in London from 29 June to 12 July.

Reigning champions Novak Djokovic and Simona Halep had been expected to hit the grass to defend their titles, with challengers including superstars Serena Williams, Roger Federer and Rafael Nadal.

Wimbledon has been a fixture on the British sporting calendar since it was founded in 1877. The last time it was scrapped was in 1945. 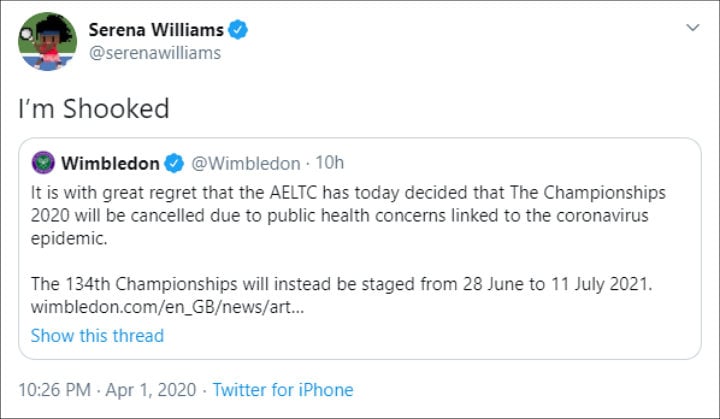 Serena Williams reacts to the cancellation of 2020 Wimbledon.

Responding to the news on social media, Williams simply tweeted, "I'm Shooked (shocked)," while Federer admitted he was "Devastated.. 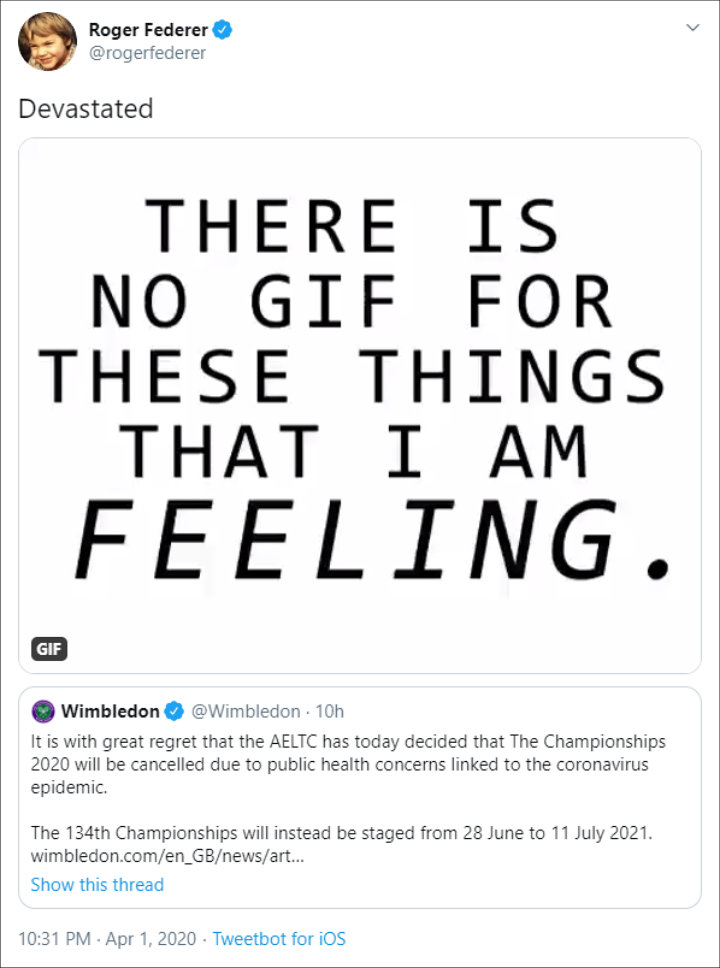 Roger Federer reacts to the cancellation of 2020 Wimbledon.

It's the latest major sports event to fall victim to the global spread of COVID-19 - tennis' French Open and golf's Masters tournaments have been put on hold, while both the 2020 Tokyo Olympics and the Euro 2020 soccer tournament have been pushed back to next summer (21).

Serena Williams Bans Daughter From Watching Her During Tennis Games