This arrives after Sharia Washington shared on her Instagram her latest tribute, a shoulder tattoo, to her late sibling and niece Gianna, who was also killed in a helicopter crash last month.

AceShowbiz - Kobe Bryant's sister gets something off her chest in her recent Instagram post. Sharia Washington took to her account to lash out at someone, which makes people speculate if things are going tense between her and the late NBA star's widow Vanessa Bryant.

"I don't owe you s**," read the message that Sharia wrote on Instagram Stories. Sharia didn't provide any details about the post, but people appeared to assume that it might be directed at Vanessa as the latter was recently criticized for allegedly disrespecting Kobe's family at his memorial service earlier this week. 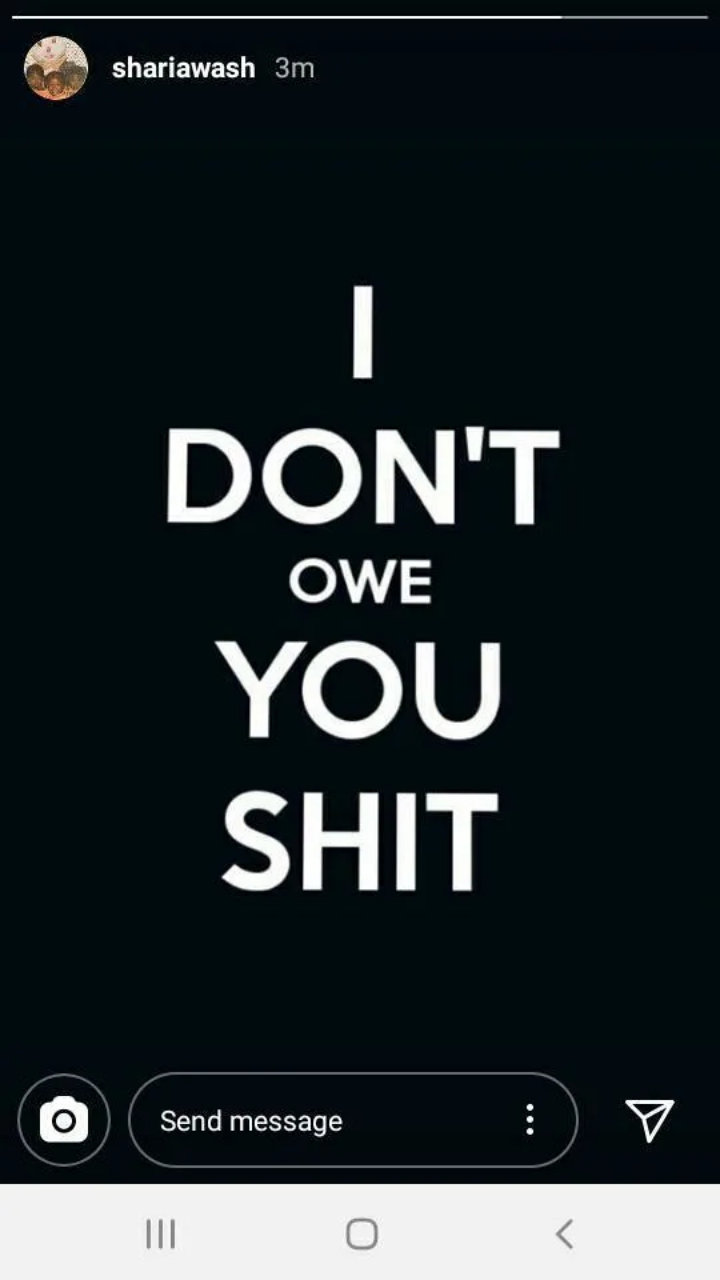 At the memorial, which was held on Monday, February 24 at the Staples Center in Los Angeles, Kobe's parents Joe and Pamela Bryant were noticeably not among the speakers while Vanessa and some close friends of the fallen star took the stage to deliver speeches. Additionally, people were upset to find out that Joe and Pamela sat in the second row of the audience. It was off to the side, away from Vanessa and her daughters.

This arrives after Sharia shared on her Instagram her latest tribute to her late sibling and niece Gianna, who was also killed in a helicopter crash last month. She flaunted a new ink on her shoulder which featured a black mamba snake curled around the numbers 2 and 24 - Kobe and 13-year-old Gianna's respective basketball jersey numbers. Sharia left the image captionless, other than a thank you to tattoo artists Peter Barrios, and turned off comments on the post.

Barrios also shared the same picture on his page, and added, "I didn't take my own photo out of respect but today I had the honor of tattooing a memorial tattoo on @shariawash. Thank you for laughing with me today and letting me do this for you. I will never forget our conversations. Much love and respect your family."

Vanessa also took to her account to post the same snap. "(My sister-in-law got this cool tattoo to honor #GigiBryant and #Kobe) 2~24 forever. Love you @shariawash," so she wrote in the caption.

T.I. and Tiny's Son King Harris Slammed for Picking a Fight With Restaurant Employees Over Pickle