During an interview for 'Good Morning America', score composer Hans Zimmer reveals that the 'Bad Guy' hitmaker and her producer brother have also watched the upcoming James Bond film.

AceShowbiz - Songwriter and producer FINNEAS scored a sneak peek at the new Bond movie script after signing up to create the film's theme tune with his sister, Billie Eilish.

The hitmaker had always dreamed of composing a 007 theme and when he got the call, he wanted to make sure his effort would be a hit among the film's producers.

"We didn't want to go in blind, so we asked if we could have any of the script and we were given a scene of the script to read and that informed all the lyrics," FINNEAS tells "Good Morning America".

The film's score composer Hans Zimmer also insisted Billie and FINNEAS got to see the film, "They were there and we were here (in London) and they hadn't seen the movie, so I said, 'Would you mind jumping onto a plane and sitting in a sweaty little cutting room in the middle of the night, completely jetlagged, and watch this movie."

FINNEAS is thrilled with the end result, "No Time to Die", which Zimmer and Bond director Cary Joji Fukunaga are raving about, and admits the new Bond film title was a big help. "We knew we wanted the song to be the same title as the film, so we lucked out on the title," he explains. "It wasn't called Quantum of Solace! It's a wonderful film title, wonderful film, but hard song title to write."

Swae Lee on Designing High Heels for Men: 'I'm Not Scared to Be Different' 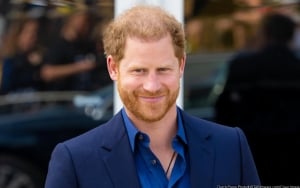 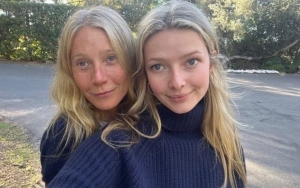