The 'Keeping Up with the Kardashians' star shows off her freshly chopped chin-length wet hair through a black-and-white video shared on Instagram Stories.

AceShowbiz - Kylie Jenner has undergone a dramatic hair makeover. The TV personality and businesswoman has always been known for her black medium-length hair, but on Thursday night, February 13, she shocked many people by debuting a much shorter 'do.

In a black-and-white video shared on Instagram Stories, Jenner showed off her freshly chopped chin-length wet hair. However, judging by the caption of the post, the decision to chop most of her hair was not made by the "Keeping Up with the Kardashians" star herself. "@jesushair said he was giving me a trim and cut all my hair," she jokingly called out her hairstylist Jesus Guerrero.

Guerrero didn't think he had done anything wrong and defended himself in a playful response. Re-posting her Story, he wrote, "@kyliejenner is trying to play me." 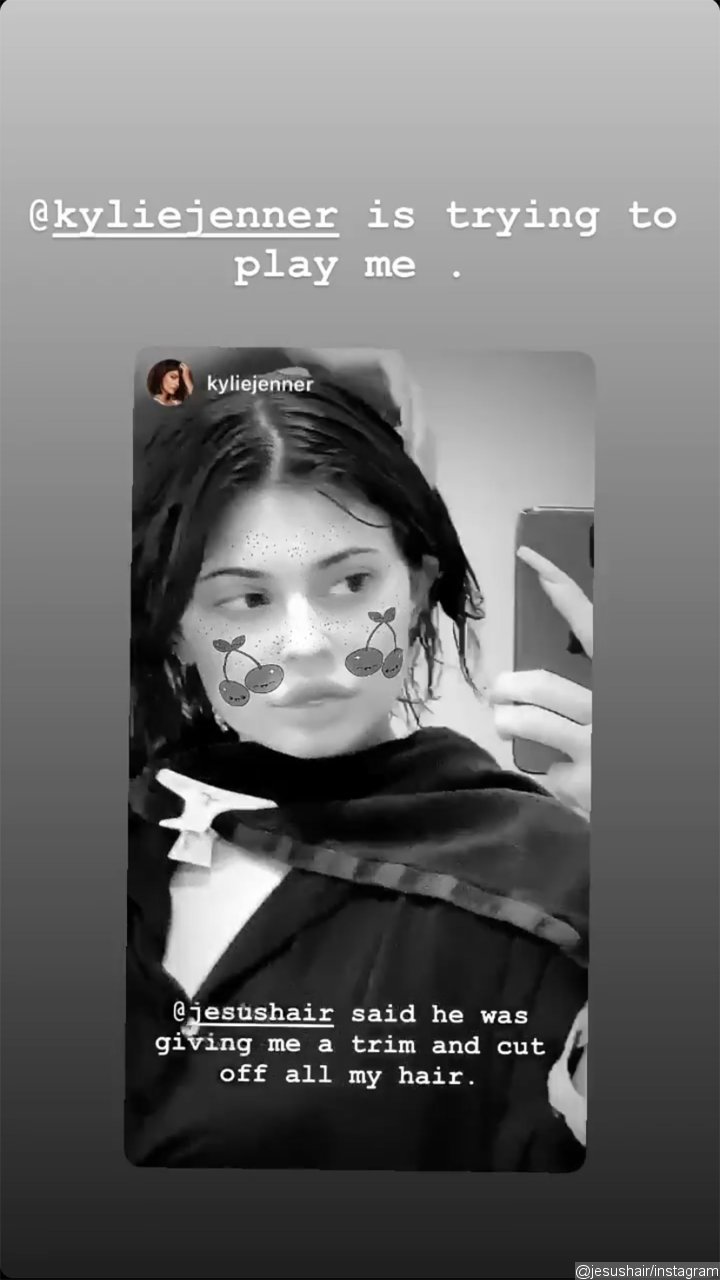 Her super short hair was short lived, though. Hours later, when Kylie held a Valentine's Day lunch with several of her friends, she rocked long hair again and even dyed it light brown.

During the event itself, guests were treated to heaping piles of fruit, cheese cakes, crackers platters and other sweets. She also gifted her friends, Yris Palmer and Stassie Karanikolau, some presents along with cute little notes she wrote them. To Yris she said, "I love you because you see the beauty in everything." Meanwhile, she wrote for Stassie, "I love you because of the way you are always there for me."

In addition to having brunch, Kylie and guests enjoyed several fun activities including painting. Her 2-year-old daughter Stormi also took part in the activities, decorating her canvas with her little handprints. The makeup mogul helped complete the piece by writing Stormi's name on top and drawing a heart.